Olympique Lyonnais president Jean Michel Aulas has ruled out a January exit for Memphis Depay from the Groupama stadium. 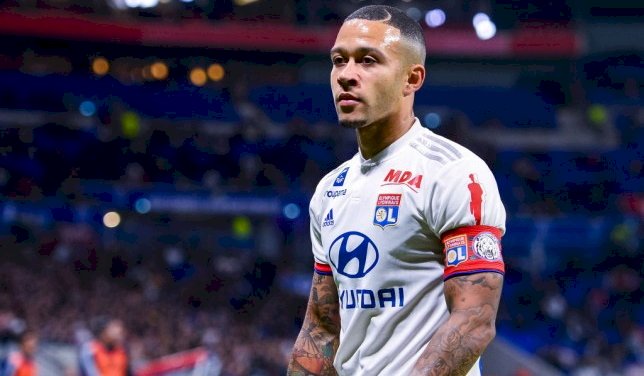 Depay was heavily linked with Barcelona in the summer transfer window but a move to the Camp Nou could not come to fruition.

The 26-year-old Dutchman’s current contract at Lyon will expire at the end of the 2020/2021 season and it looks highly unlikely that he will pen fresh terms.

Barcelona’s teenage forward Ansu Fati was ruled out for the next four months with a knee injury earlier this week and his absence could see the Blaugrana fast-track a move for Depay when the winter transfer window opens in just under two months time.

A move to Barcelona will see Depay reunited with his former national team manager Ronald Koeman but Aulas does not envision the move to happen anytime soon as Lyon plot a return to Europe after missing out last time out.

"Memphis is an exceptional player. It is him who is pulling the club, along with a number of other players," Aulas said on RMC.

"I was the first to say he would not go to Barcelona. Nobody listened to me during the transfer window because everybody thought he would leave.

"From the start, I told you, they will not leave because in a year when we were unfairly deprived of European competition, we absolutely have to make a success of the season. So, he will stay."

Depay has scored five goals and provided three assists in 10 Ligue 1 games for Lyon this season.

Lampard: First-Team Spot Open To All At Chelsea

Messi Handed A Ban And Fine By CONMEBOL