Brazilian giants Flamengo have appointed the highest-ever goalscoring goalkeeper in the history of football, Rogerio Ceni, as the club’s new manager. 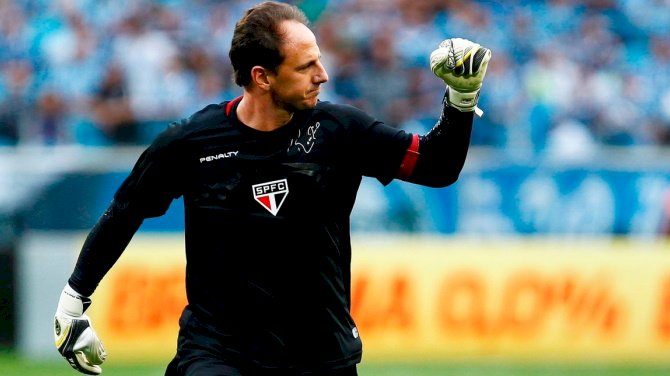 The reigning Copa Libertadores champions dispensed with the services of previous manager Domenec Torrent on Monday after recent heavy losses to Atletico Mineiro and Sao Paulo.

Torrent was only appointed in July following Jorge Jesus’ decision to return to Benfica for a second spell.

Ceni spent his entire playing career at Sao Paulo and the dead-ball specialist scored 131 goals –a record for a goalkeeper. He was recently in charge of Fortaleza.

The 47-year-old was capped 16 times by the Brazil national team and was part of the side the won the 2002 FIFA World Cup in Korea/Japan.

"Thank you all," Ceni said following his appointment. "It is a very special day for me. I have 30 years of football. I already faced the crowded Maracana.

"I saw Zico play, I even called him and asked for his permission to join the club. He's a unique guy, who I admire a lot for the free-kicks."

"I am very grateful to Fortaleza," he said. "The fans are sad, but I think they can understand the size of this challenge that I accepted. It is very difficult to refuse Flamengo because of the greatness, structure and the players who are here."

Flamengo are third on the Brazilian Serie A table, one point behind leaders Internacional.

"Everyone wants to win everything in football," Ceni, who won three Brasileiro titles, two Copa Libertadores trophies and the 2005 Club World Cup with Sao Paulo, added.

"We have to see how much each one is willing to give up to reach the goal. It is a very winning group. Who said it is not possible [to win everything]? Even more so with a group of players as qualified and a crowd as passionate as Flamengo's."