Real Madrid manager Zinedine Zidane does not believe he made a mistake with his team selection in a 4-3 defeat against Real Sociedad in the Copa del Rey quarter final on Thursday night. 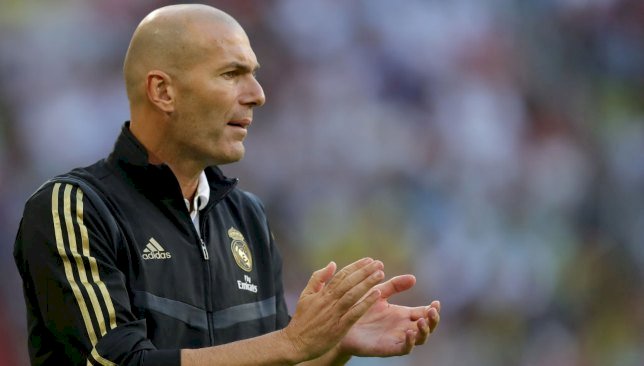 Los Blancos hopes of winning the treble went up in smoke as an inspired performance from Alexander Isak and Real Madrid loanee Martin Odegaard helped the visitors cruise to a big win in the Spanish capital.

A mixture of regular starters and fringe players were sent out to face Imanol Alguacil’s men, but failed to reward the manager’s faith with a convincing performance.

Zidane said his men were outsmarted by the attacking prowess of Real Sociedad and refused to blame the loss on his team selection.

"I put out a team that thought I could do well," the French coach said in his post-match conference.

"I don't think we were wrong with the team, but there is a rival who played very well and that has cost us.

"The feelings are bad because we lost," the 47-year-old added.

"The second half was much better than the first and we tried until the very end, even at 4-1 down.

"The opponent played very well and we had a lot of trouble with their pressure, but we also made defensive mistakes.”

Next up for Zidane and Real Madrid is a Sunday trip to Pamplona to face CA Osasuna in La Liga at the El Sadar Stadium.