Barcelona boss Quique Setien has disclosed his side took a step forward despite a 1-0 defeat against Athletic Bilbao in the Copa del Rey on Thursday night. 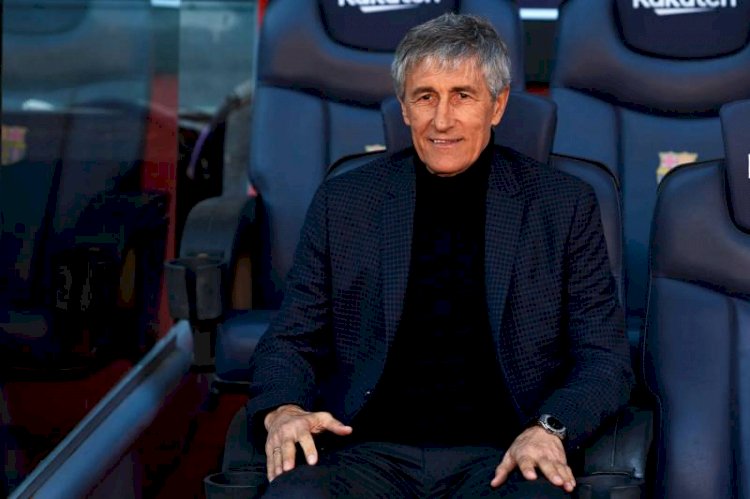 A second half injury time own goal from Sergio Busquets at the San Mames sent Barcelona out of the Copa del Rey quarter final.

Setien was appointed as head coach of the Spanish champions on 13th January 2020, replacing Ernesto Valverde after his dismissal.

Barcelona are still far from convincing since the appointment of the former Real Betis coach, as their poor form away from home lingers on.

Speaking after the game, the 61-year-old believes he saw the imprint of what the Blaugrana have to improve on.

“Taking into account what has happened to us in other games from home, we have taken a step forward in terms of what we have to improve,” the Spanish coach told reporters.

“I have never known what to blame it on. Their goal came from a play that wasn’t dangerous. There are things that can’t be controlled and this is one of them.”

“Everything went well, except for the result. I am happy with the team’s work.

Kroos Drops Retirement Hint That He Couldn’t Play Until 38

‘I Don't Think Our Team Selection Was Wrong’ – Zidane Defends Decision To Start...

Douglas Costa: Only Neymar Knows His Next Destination