Manchester City manager Pep Guardiola has urged Argentina superstar Lionel Messi to stay at Barcelona amid speculations about his future. 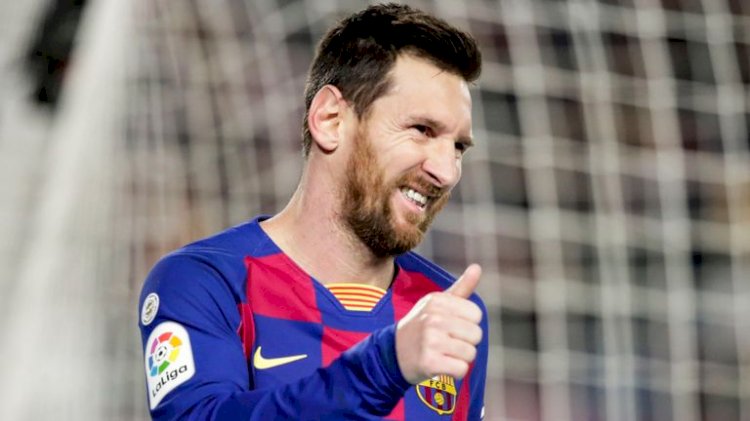 A recent public row with Barcelona sporting director and former team-mate Eric Abidal has ignited a guesswork about Messi’s future at the Camp Nou.

The 32-year-old has spent his entire career with Barcelona, but currently has a clause in his contract allowing him to leave for free this summer.

The six-time Ballon d’Or winner has been linked with a move to Manchester City to reunite with Guardiola, who he previously worked with at Barcelona between 2008 and 2012.

The Spanish coach has debunked any potential move to sign the Argentine and insists Messi is going to retire in Catalonia.

"He's a player from Barcelona,” Guardiola told reporters ahead of Manchester City’s game against West Ham United in the Premier League on Sunday.

“He will stay there. That is my wish: stay in Barcelona.”

"I think he's going to finish his career there."

Raheem Sterling has been sidelined with a hamstring injury and could miss the Champions League last-16 tie with Real Madrid.

Guardiola said having to play without the Englishman is a problem but he will be assessed before their game against Leicester City next week.

“It’s a hamstring injury and we will see, of course it takes weeks but we’ll see before Leicester [in a fortnight], Madrid and the rest of the games,” he added.

“I don’t know right now,” he said. “It’s a problem, but it’s a problem we had with [Ilkay] Gundogan out for six months in the first year [2016-17], and [Aymeric] Laporte this season for four or five months.”

“It’s always a problem. But it is what it is. During the season these kind of things happen unfortunately.”

‘I Don't Think Our Team Selection Was Wrong’ – Zidane Defends Decision To Start...