Roberto Carlos has taken a trip down memory lane by recounting the obscene levels of player power that once existed at Real Madrid during the era of the ‘galacticos’. 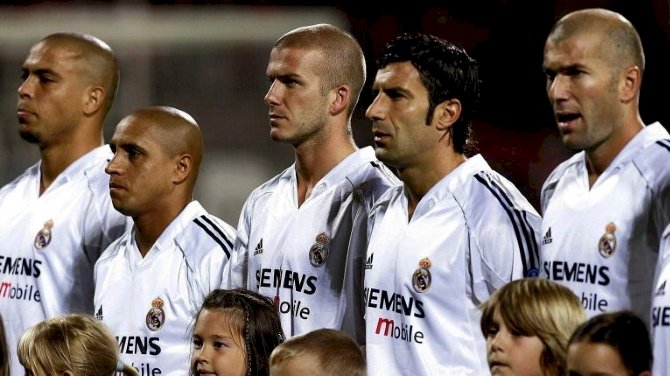 At the turn of the millennium, Real Madrid president Florentino Perez diverted the club’s transfer policy towards recruiting the very best of the footballing world.

Between 2000 and 2007, players like Luis Figo, Zinedine Zidane, Ronaldo, David Beckham and Michael Owen were brought in to augment a side that already had the talents of Raul, Roberto Carlos, Iker Casillas, Claude Makelele amongst others.

It meant that at a point Real Madrid had as many as four different Ballon d’or winners on their books, multiple world cup winners and a lot of ego to deal with.

The Galactico era produced just one Champions League trophy and three Spanish La Liga titles for Real Madrid, and Carlos reckons the players wielded so much power that any manager who tried to stamp his authority ended up losing his job including compatriot Vanderlei Luxemburgo.

'Today when I’m looking back I think; how is it possible that we got away with so much craziness?' he told AS.

'After every game it was private jets left, right and centre. We’d meet up at the private terminal at Barajas and Beckham would be off god knows where, Figo and Zidane would be off somewhere or other, Ronaldo and me… and we always had to train the day after tomorrow.

'I used to pray for Saturday fixtures so I could go to the Formula 1 on Sunday. It was private jets all over the place. It was crazy.'

'In the second game of the league season (2005/2006) we had the custom of leaving our bags in the hotel and going for a beer or a wine before dinner.

'There were always two bottles of wine on the table. Ronaldo and me told him [Luxemburgo]: "Professor, people here have their habits, you’ll see what they are, but don’t try to change them. Don’t take the wine off the table or stop the beers before dinner or you’ll find yourself with a problem."

'What did he do? First he took away the wine, then he banned the beers. He lasted three months. Football is a small world, the directors heard about it and it was “adios”.

Marco Silva Given Three Games To Save Everton Job

Leeds United’s Kalvin Phillips Out For Six Weeks With Shoulder...