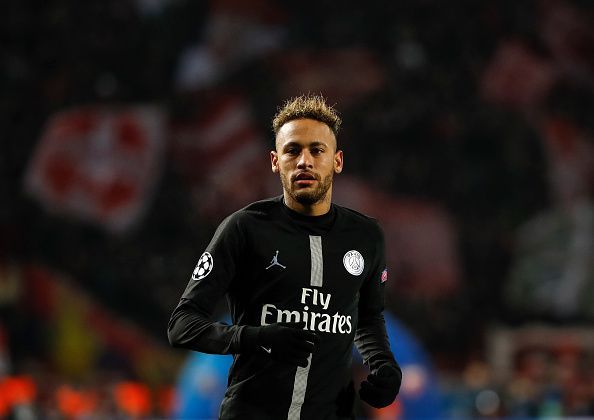 Paris Saint-Germain forward Neymar risks facing UEFA’s ban as the Brazilian has been charged by Europe’s football governing body for his rants against the Video Assistant Referee.

Neymar described the VAR as ‘a disgrace’ and directed the four referees in charge of the technology to ‘f*** yourselves’ as referee Damir Skomina awarded Manchester United a late penalty after several reviews of video replay.

Manchester United fed on the penalty to complete one of the most remarkable comebacks in football as they edged PSG out of the Champions League on away goal rule.

Neymar was stuck on the sidelines for both legs of PSG’s Champions League round of 16 tie but took to Twitter after the second game in Paris to disclose his fury at Skomina and the VAR.

UEFA confirmed earlier this month that Neymar faced a probe into his comments, and the competition organisers had decided to charge the 27-year-old.

The Brazilian talisman could be hit with a ban of one to three matches as a punishment if found guilty of the charges.

Neymar, the Brazil international, was unavailable for the match through injury but was visibly angered on the sidelines when United were awarded their injury-time spot kick after a lengthy VAR (video assistant referee) review.

Skomina first gave a corner kick but changed his mind for a penalty after watching replays of the incident and judging that Presnel Kimpembe handled the ball inside PSG’s area as he jumped to block Diogo Dalot’s shot from the edge of the penalty box.

The controversial decision did not go down well with Neymar, who looked visibly angered on the touchline, having left his seat in the stands, and the player took to social media to reveal his fury immediately after the match.

“This is a disgrace,” he wrote. “They put 4 people that know nothing about football in charge of looking at the replay for VAR.

“There is no penalty. How can it be a handball when it hits his back! Go f*** yourselves!”

Josh King Describes Ramos As A

Argentina Can Thrive Without Messi