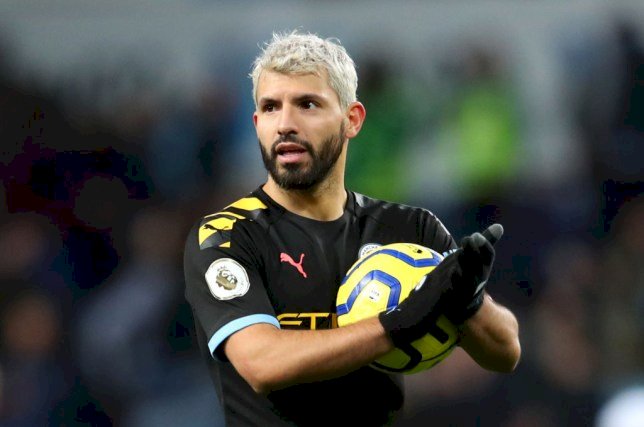 Aguero’s hat-trick against the Villans put him above Thierry Henry and level with Frank Lampard in the Premier League scoring chart with 177 goals.

The 31-year-old is in his ninth season at Manchester City, and his contract is due to run until at least the summer of 2021.

After the English champions’ mesmeric performance against Dean Smith’s men, Guardiola was quick to wax lyrical about his lethal striker.

The Spanish coach said the former Atletico Madrid marksman is a legend just like Henry, who played for Arsenal during his heydays.

"We congratulated him in the dressing room,” the former Barcelona and Bayern Munich coach said.

“He’s a legend like Thierry Henry so it’s nice to think Sergio was the one to break the record.”

"It's the consistency of Aguero and he's been doing it over a long time and that's when it adds value.

"When someone score goals, it’s nice to be a part of it and we were with him and that’s nice for all of us."

Guardiola added: "He has scored a lot of goals, he is happy to be here, he is a legend, he has passed another legend in Thierry Henry.”

“The guys score goals. Everyone has a talent and this is his. He has a gift - when the ball is at his feet, he is amazing."