An early goal by Ollie Watkins saw Aston Villa defeat Arsenal for the second time in the Premier League this season. 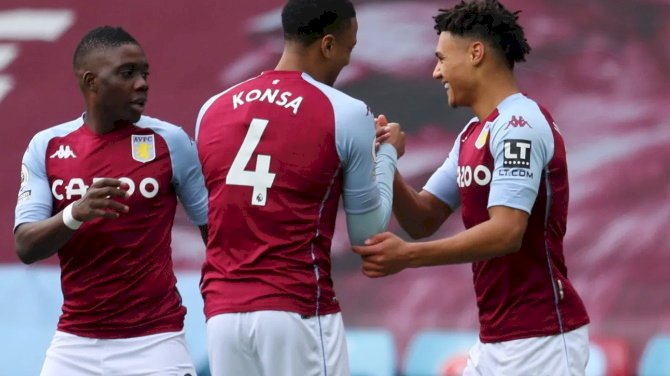 Dean Smith’s men claimed a 3-0 win over the Gunners earlier this season at the Emirates Stadium and Watkins, who struck twice in that encounter was Villa’s hero once again on Saturday at Villa Park as his 10th league goal of the season settled matters early on.

Arsenal gave a goal away inside the opening 75 seconds when Cedric Soares’ mistimed pass was picked up by Bertrand Traore, who fed Watkins to strike home via a deflection off Rob Holding.

Arsenal’s best chance of equalizing in the first half came from Granit Xhaka but Emiliano Martinez in the Villa goal was alert to turn away a beautiful free kick from the Switzerland international.

Though goalkeeper Mat Ryan conceded early on his Arsenal debut, the Australia international came to his side’s rescue by keeping out a stinging effort by Jack Grealish in the 79th minute.

Watkins again came close to doubling his side’s lead in the 82nd minute but his low shot drifted just wide of the far post.

One final chance for Arsenal to get level fell the way of substitute Martin Odegaard but the Norwegian’s effort from Bukayo Saka’s cutback went high and over the bar much to Mikel Arteta’s disappointment.

Villa have climbed to eighth on the table while Arsenal remain in 10th position, nine points outside the Champions League places.

Pericard: Battega Ruined My Juventus Career Because I Texted...

Beckham Reveals Ferguson Made Him Shave His Mohawk Off