Aston Villa manager Dean Smith insists his assistant John Terry is happy at the club despite continued links with the vacant managerial job at championship side Bournemouth. 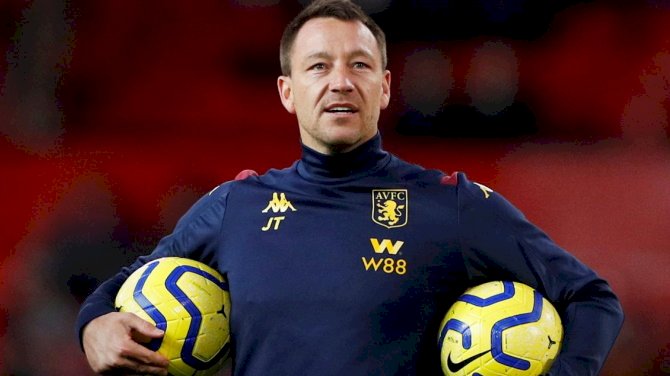 Bournemouth are on the market for a new manager after dismissing manager Jason Tindall in midweek.

Terry has been Smith’s right-hand man since his appointment in October 2018 and the former Chelsea defender has been instrumental in the West Midlands club gaining promotion to the Premier League and maintaining their top flight status.

It is only a matter of time before Terry takes his first steps into full time management and he has been tipped to take over at the Vitality stadium but Smith insists the former England international is happy to remain at Villa Park.

"I am always said from the outset that John Terry came here to learn about coaching," said Smith, whose side host Arsenal in the Premier League on Saturday.

"He has become a very good assistant manager to me but he has come in to learn the trade to ultimately become a No 1.

"There has been a lot of speculation as you said with JT.

"He is really enjoying his work. He is a big part of why we are having a successful season this year.

"If JT comes to me and asks whether he can go then that is another conversation I have with Johan Lange (sporting director) and Christian Purslow (chief executive). But at the moment he is happy to be at Aston Villa."

Michael Owen: Liverpool Will Eliminate Bayern From The...