Bruno Fernandes says any decision Cristiano Ronaldo makes regarding his Manchester United future should be respected. 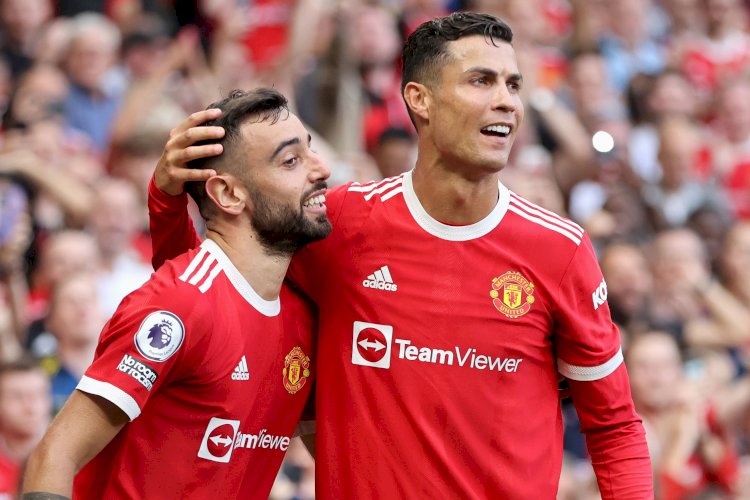 Ronaldo was only a late substitute as Manchester United defeated Liverpool 2-1 in the Premier League on Monday to claim their first victory of the season.

The 37-year-old is eager to leave Old Trafford and join a club playing in the UEFA Champions League after United only finished sixth last term.

Ronaldo scored 24 goals across all competitions for Manchester United last season but questions have been raised about his suitability to the system Erik Ten Hag is trying to implement at the club.

It remains to be seen where Ronaldo will play by the close of the transfer window, but Fernandes believes any decision he takes should be respected.

"There is a lot of speculation, but there is no one better than Cristiano to talk about it," Fernandes told Eleven Sports. "I may know a thing or two, but I won't be the one to say it.

"Cristiano is calm. He worked well this week and did the work he has been doing, which he will continue to do so.

"For now he is a United player. I don't know if he will leave or if he will not leave. As he said, he will speak soon and they will have time to hear his words and what he has to say.

"I don't think anyone has shown so far that there was no interest in Cristiano not staying. He can continue at a high level and give us a lot of goals but it's his decision.

"The most important thing is that he's okay, playing at the highest level and making our country proud."

Riqui Puig Slams Barcelona For Forcing Players Out Of The Club

Leno Open To Arsenal Exit After Losing Starting Spot To...