The nominees for the Premier League's first player of the month award for the 2022/2023 season have been released. 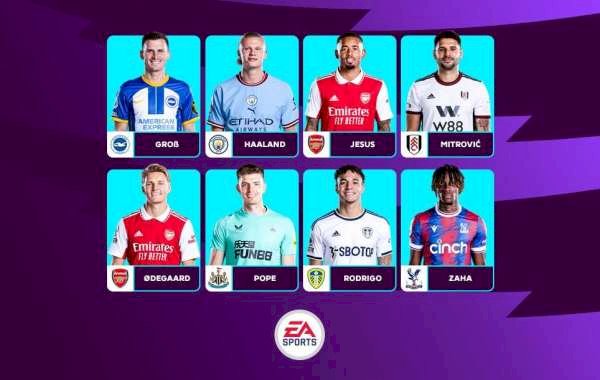 Up to eight players have been selected to compete for the August award.

Haaland has taken to the Premier League like a duck to water following his summer switch to Manchester City from Borussia Dortmund. The Norwegian already has ten Premier League goals in six appearances, with nine of those goals coming in five games in August. His goal haul included back-to-back hattricks against Crystal Palace and Nottingham Forest.

Jesus has led the line superbly in his first month with the Gunners, who are top of the table. The former Manchester City striker scored three times and provided three assists in five appearances for Mikel Arteta's men.

Mitrovic scored five times in August as Fulham enjoyed a positive start on their return among the big boys.

Zaha struck four times in as many games in August, including a brace in Crystal Palace's 3-1 victory over Aston Villa.

Moreno had five goal involvements for Leeds United in August, including four goals as Jesse Marsch's men started the season in solid fashion.

Gross started the season with two goals at Old Trafford when Brighton beat Manchester United and added another goal and an assist to close the month.

Odegaard found the back of the net three times for Arsenal in August.

Elsewhere, new Chelsea manager Graham Potter has been nominated for manager of the month for helping guide Brighton to fourth position before his departure to Stamford Bridge.

Mikel Arteta, Pep Guardiola, Marco Silva and Antonio Conte are his rivals for the award.