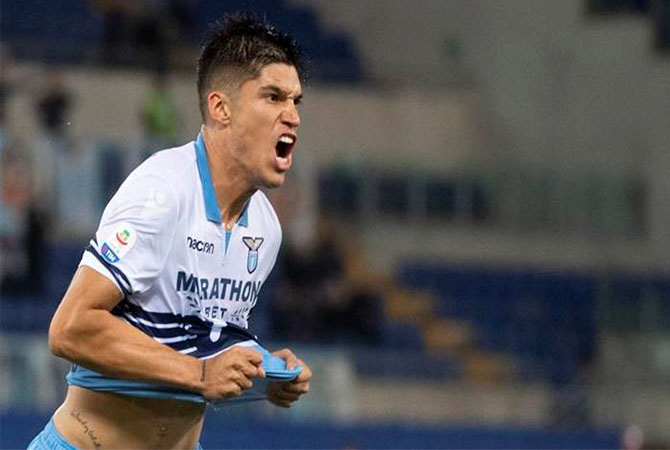 Joaquin Correa scored a stoppage-time equaliser as Lazio came from behind to force a 1-1 draw at home against AC Milan in a less eventful Serie A tie on Sunday.

An opportunistic goal by Franck Kessie put AC Milan in front, and sparked a wretched game into life after 78 minutes, with a long-range drive that deflected on Wallace to go past goalkeeper Thomas Strakosha.

AC Milan were denied a shock win, three minutes into stoppage time, when Correa collected the ball on the edge of the area, controlled with his knee and curled a delightful non-drop effort past Gianluigi Donnarumma.

The two teams maintain their places on the league table as Lazio are 4th with 23 points with AC Milan still behind them with a point adrift.

The game had a calm start as both sides struggled to keep possssion and test each other's resolve.

AC Milan’s Hakan Calhanoglu squandered the first chance of the evening when he struck the upright in the 16th minute with a seater from inside the penalty box, before Ciro Immobile had a goal disallowed for offside in the 29th minute.

Hakan Calhanoglu found space inside the box to shoot after collecting a short pass in the 35th minute, but his efforts went waste as it flew high over the bar.

Marco Parolo missed for Lazio, shortly after the interval, when he blew wide from the edge of the penalty box, before Lazio goalkeeper, Thomas Strakosha, pulled off a decent save to deny Fabio Borini’s promising goal-bound header towards the left side of the goal.

Wallace wasted a good chance for Lazio in the 71st minute when he leaped to head the ball straight into the arms of Strakosha.

The goal did not deter Lazio who went on to control possession and press AC Milan’s half, and the hosts grabbed the equaliser three minutes into added time when Joaquin Correa powered a brilliant shot into the bottom left corner beyond the diving Gianluigi Donnarumma.