Xavi Keen To Continue Easing Fati Back Into Action

Barcelona manager Xavi Hernandez maintains he will continue to exercise caution with Ansu Fati's game time at the club. 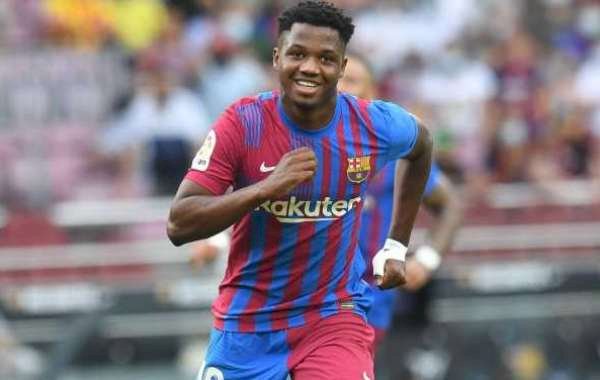 Fati has been dogged by injuries in recent seasons, making only nine La Liga starts since making his debut in August 2019.

The 19-year-old made just 10 La Liga appearances last season and seven the previous campaign because of his knee and hamstring troubles.

This term, the Spain international has made seven appearances in the La Liga and Champions League, scoring two goals and providing two assists, although he has started only once.

Despite Fati's return to full fitness, Xavi wants to remain cautious not to overburden the teenager.

"We are making a plan with great caution. These sensations I had are costing a little, but we are doing well," Xavi said in Friday's press conference previewing Saturday's game against Elche.

"He has to be an important footballer for us. You have to raise the pace, but little by little. It's a difficult situation to manage because he hasn't been playing for a long time and the pace and intensity requires time but also prudence and caution.

"At Barcelona I have decided that it is a matter of caution and prudence. I like him and it motivates me [to get him] in the starting eleven. It's not a mental issue.

"He takes it well. I spoke to him seven or eight days ago. I told him where we were and made him speak. I have regular meetings with the players.

"We are very close to everyone, but especially to Ansu because he is a special case."

Fati has not been named in Luis Enrique's Spain squad for their upcoming Nations League matches against Switzerland and Portugal.

Richarlison Attributes Everton Departure To A 'Lack Of Ambition'