Manchester City striker Erling Haaland has been voted the Premier League's player of the month for August. 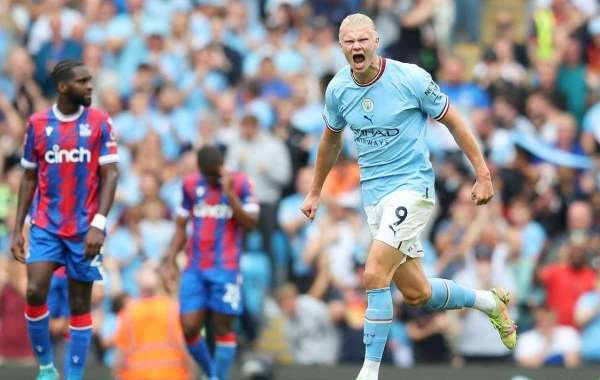 Haaland has taken to the Premier League like a duck to water following his summer switch to Manchester City from Borussia Dortmund. The Norwegian already has ten Premier League goals in six appearances, with nine of those goals coming in five games in August. His goal haul included back-to-back hattricks against Crystal Palace and Nottingham Forest.

The 22-year-old becomes the 10th player to win the award after his first month in the competition, joining some illustrious names like David Ginola, Jurgen Klinsmann, Diego Costa, Bruno Fernandes and Andre Ayew.

Haaland said: “I am delighted to win this award for the first time – it was an incredible start of the season for the team and I am grateful to everyone who voted.

“We all wanted to hit the ground running this season, so winning four games out of five was a great start for us in what is the most challenging competition in the world. I am happy to have played my part by scoring goals.

“What’s important is the result and to help the team. Hopefully, I can continue to support the team, make our fans happy with our performances and carry on our strong start to the season.”

Xavi Keen To Continue Easing Fati Back Into Action

Luis Suarez To Leave Atletico Madrid At End Of Season