“When He Stops Playing, I’m Throwing Away My TV”- Vieri Wowed By Messi’s Juve Show

Former Italy international Christian Vieri has labelled Lionel Messi as the Harry Potter of football after the Barcelona captain inspired his side to a 2-0 win over Juventus in the Champions League on Tuesday. 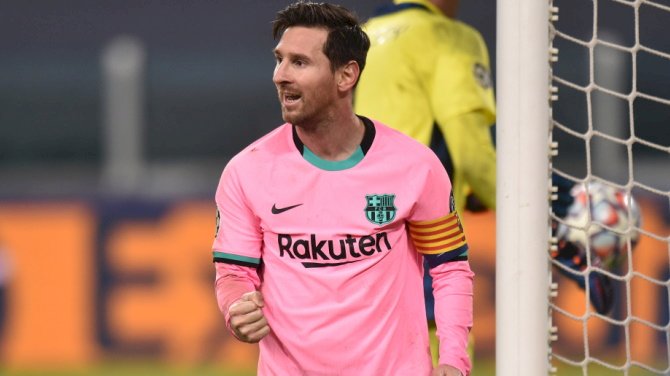 After a below-par start to the season, the six-time Ballon d’or winner was back to his brilliant best against the Italian champions, supplying the assist for Ousmane Dembele’s first half opener and converting from the penalty spot late on to take Barcelona top of the group.

The win got Barcelona back on track after Ronald Koeman’s side lost the El Clasico to Real Madrid over the weekend.

But for their profligacy, Barcelona could have won by a bigger margin in Turin, and Vieri was impressed by how his former club Juventus, who were without the coronavirus-stricken Cristiano Ronaldo, were put to the sword by Messi and company.

"An amazing Barcelona, there was no game. They could've scored six, seven goals easy. They played fantastic," he told CBS Sports.

"Messi is a magician, he's the Harry Potter of soccer and when he stops playing, I'm throwing my TVs away. I'm not going to work no more on TV, I'm going to watch Netflix, that's it, because when he stops there's nothing else to watch."

Vieri added on Barcelona’s performance: "It's just another football, another game.

"I don't know how they lost against Real Madrid, but if you see them [against Juventus] you're going to say they can't lose against anyone this year, it's impossible the way they played.

"Every game is different but the Barcelona I saw and everyone saw it's just incredible. When you've got a number 10 like that, it's just crazy.

"It's a pity there are no fans here because the fans should be seeing a team like this."