Jan Vertonghen has announced he is leaving Tottenham Hotspurs after eight years at the club. 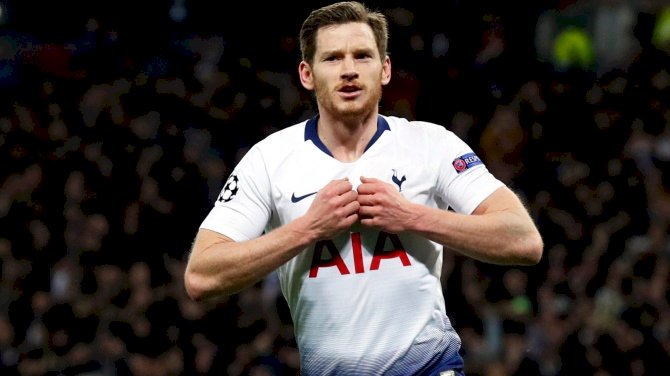 The 33-year-old Belgium defender moved to North London from Ajax Amsterdam in the summer of 2012 and has helped establish the Lilywhites as a major force in English football in recent seasons.

The defender, who is leaving the club following the expiry of his contract, posted on Twitter: "So my time at the club comes to an end. A sad day for many reasons.

"I will miss the friends I've made here, the staff that make the club run, playing at the amazing new stadium of course you fans.

"Thank you for all the support over the years. You've been amazing. We had many unbelievable memories but for now, it's goodbye."

Vertonghen made 30 appearances in all competitions in his final season at the club, and totaled over 300 in his eight years in North London.

Veteran goalkeeper Michel Vorm will also leave after joining Spurs as an emergency signing earlier in the campaign.

Some Tottenham players have already said their farewells to the departing duo.

Harry Kane said on Instagram: "Wish nothing but the best for @jvertonghen and @mvorm with whatever is next for them. Been a pleasure sharing a dressing room and playing with them both."

Vertonghen's Belgium team-mate Toby Alderweireld said: "Sad to see these two amazing guys leaving the club, both great players but even better persons. We shared countless moments that I'll never forget. Wishing you all the best for your next steps. Keep in touch."

Midfielder Harry Winks added: "Gonna miss these two. Been a huge part of my career since I came through the academy both on and off the pitch. All the best in your next chapters boys."

Guardiola Tips Arteta As His Successor At Man City