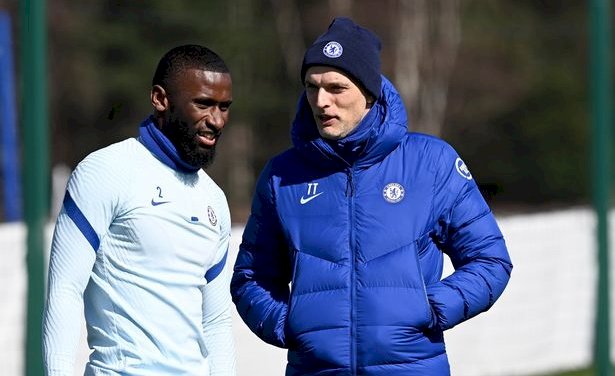 Rudiger has less than six months remaining on his contract at Stamford Bridge and he is free to sign a pre-contract agreement with a foreign club this month.

The former Stuttgart defender is still negotiating with the Chelsea hierarchy on a new deal but an agreement is yet to be reached.

"I don't know it helps if I take him for a lot of coffees, maybe it pushes him out,” Tuchel told reporters ahead of Chelsea’s FA Cup tie with Chesterfield on Saturday.

"I don't feel that he needs a lot of words and a lot of pampering and coffee talks, invitations to dinners and whatever. He is a top professional, this is what he gives, he's very important.

"Nothing has changed, we are in talks. It's in good hands. I trust the club 100 per cent and I have full trust in my player, so it's a no-problem situation for me and obviously also for Toni.

"He can still deliver, he did a fantastic match now in a back four and so he's super-reliable. Nothing has changed, the points of view have not changed. Once something changes you will be one of the first to know."

Rudiger joined Chelsea from AS Roma in the summer of 2017 and has won one FA Cup, the UEFA Champions League, UEFA Super Cup and Europa League in his time at the club.