Tuchel Slams PSG’s Second Half Capitulation In Loss To Monaco

Paris Saint Germain manager Thomas Tuchel has slammed his side’s second half display against AS Monaco on Friday that saw the French champions throw away a two-goal lead to lose 3-2 at the Stade Louis II. 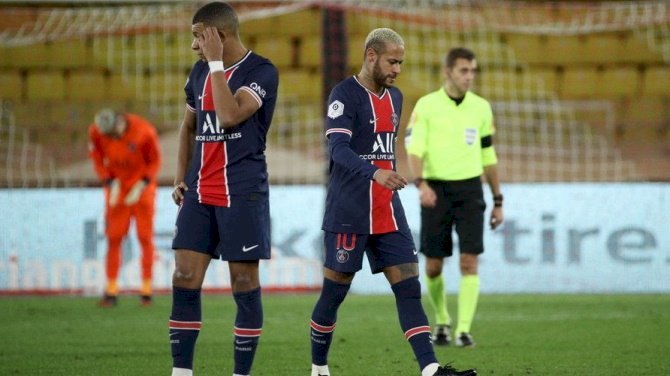 In a game of two halves, PSG looked home and dry going into the break as two Kylian Mbappe goals gave them a comfortable lead over Niko Kovac’s men.

The Parisians could have started the second half with a healthier lead had VAR not disallowed two goals from Mbappe and Moise Kean, with the Italian striker also hitting the bar with a header.

The introduction of former Barcelona, Chelsea and Arsenal midfielder Cesc Fabregas in the second half turned the game on its head as Kevin Volland scored twice to equalise before the Spanish World Cup winner struck the winning goal from the spot six minutes to full time after Abdou Diallo was sent off for hauling down the former Bayer Leverkusen striker.

“Catastrophic? Yes, the second half," Tuchel described to Telefoot after the game.

"We controlled the game, we scored two goals, and we could have scored two more. The third was onside. We had opportunities.

"In the second half, we didn't have the same concentration. We weren't serious enough. We didn't recover the ball with the same quality, and we didn't seriously defend. We are completely responsible for this defeat, when the match was almost over in our favour.

"They felt it was 3-0 or 4-0 when it was only 2-0. I have no explanation. I have to accept all the criticism, because we have completely stopped playing, and we haven't done what is necessary to win."

PSG are back in action on Tuesday when they host RB Leipzig in the UEFA Champions League.

Minamino Flies In For Liverpool Medical Ahead Of January...