Trippier Insists He Did Not Join Newcastle United For Money

Kieran Trippier insists he did not join Newcastle United for financial benefits. 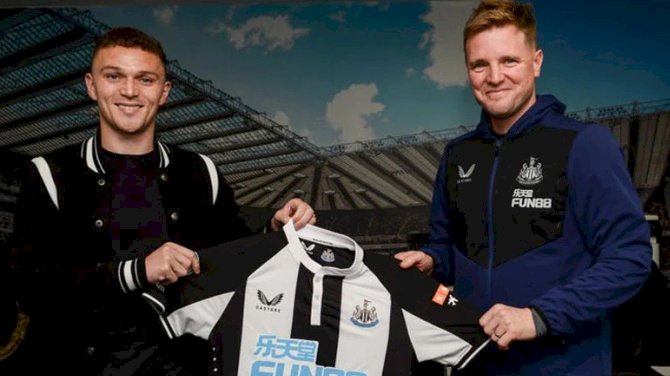 The Magpies have started flexing their financial muscles after being taken over by Saudi Arabia’s Public Investment Fund back in October and have made the England international their first acquisition.

Trippier has signed a two-and-a-half-year contract at Saint James’ Park and is reportedly Newcastle’s highest earner.

Although they have become one of the richest clubs in the world overnight, Newcastle are at the wrong end of the Premier League table, sitting in 19th position with a solitary win all season.

However, Trippier says he joined Newcastle for sporting reasons and not to have a bite of the cherry.

'Players who have played with me and managers I've worked with, they know what type of character I am. I will fight for the shirt and I love a challenge,’ the 31-year-old said.

'I came here for the project, everything about it. There was other interest but I didn't think twice about joining Newcastle.

'If people want to say it's about money, they're entitled to do so. But I know my reasons why - and money isn't one of them.'

Newcastle boss Eddie Howe, who managed Trippier earlier on in his career at Burnley, added: "Kieran hasn't come for the financial benefits of the contract. He's come for the club and for the challenge that the team faces at the current time, but also the longer-term vision, so I think that's a massive thing for the football club."

Trippier has won 35 caps for the England national team.

Redknapp Picks Wilder Over Klopp For Manager Of The Season