Aston Villa have signed Philippe Coutinho on loan from Barcelona on a deal that will last until the end of the season. 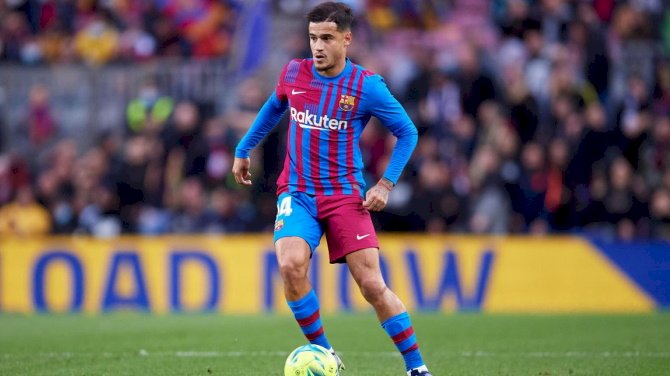 Villa have the option to make the move permanent at the end of the temporary spell.

The 29-year-old has seen his career stagnate since making a £142m from Liverpool to the Camp Nou in January 2018.

Coutinho, who in a bid to rediscover his best form, spent the 2019/2020 season on loan at Bayern Munich, made 16 appearances for Barcelona this season, mostly as a substitute and scored two goals.

Coutinho and Villa manager Steven Gerrard spent two-and-a-half seasons as teammates at Anfield and the Villa boss is well aware of the Brazilian’s talents.

In a statement confirming the deal, the West Midlands club said: "Aston Villa and FC Barcelona have agreed terms for Philippe Coutinho to spend the rest of this season on loan at Villa Park.

"The agreement, which is subject to the player completing a medical and receiving a work permit, also includes an option to buy and Philippe will travel to Birmingham in the next 48 hours."

Barcelona also released their own statement, saying: “FC Barcelona and Aston Villa have reached an agreement for the loan of the player Philippe Coutinho until the end of the season. The agreement, subject to the player passing his medical and obtaining a work permit, includes an option to make the transfer permanent.

“The English club will pay part of the player’s wages and the midfielder is expected to travel to Birmingham in the next few hours.”

Trippier Insists He Did Not Join Newcastle United For Money