Tottenham Hotspurs have made their first summer signing with the acquisition of goalkeeper Pierluigi Gollini from Atalanta on a season long loan deal. 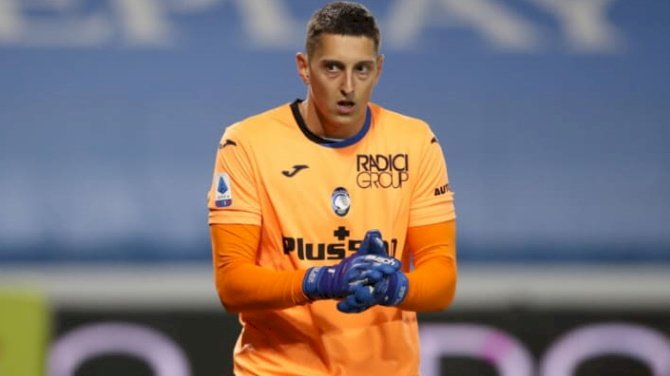 The North London club have the option to make Gollini’s temporary stay a permanent one at the end of the season.

Gollini is making a return to England, having spent time in the Manchester United youth setup as well as a loan spell at Aston Villa during the first half of the 2016/2017 season.

The 26-year-old Italian international initially joined Atalanta on loan from Hellas Verona in January 2017 before making the move permanent and has made 108 appearances in all competitions for the Bergamo-based club.

Gollini will jostle for a place between the posts at the Tottenham Hotspur stadium with Joe Hart and France World Cup winner Hugo Lloris, both 34.

In a short message to Tottenham fans via Twitter, Gollini said: "Hello Spurs fans! I am so happy to be here. I can't wait to see you in the stadium and I hope that we are going to have a magic season."

He has been capped once by the Italian national team but missed out on the squad that recently won the 2020 European Championship.

Tottenham, who will play in the newly created Europa Conference League next season, open their 2021/2022 Premier League campaign with a home game against champions Manchester City on August 15.

Newcastle Aiming To Be Premier League Best After Saudi...