Raheem Sterling has shown his discontent with the boos that followed Joe Gomez’s introduction as a second half substitute in England’s 7-0 win over Montenegro at Wembley on Thursday. 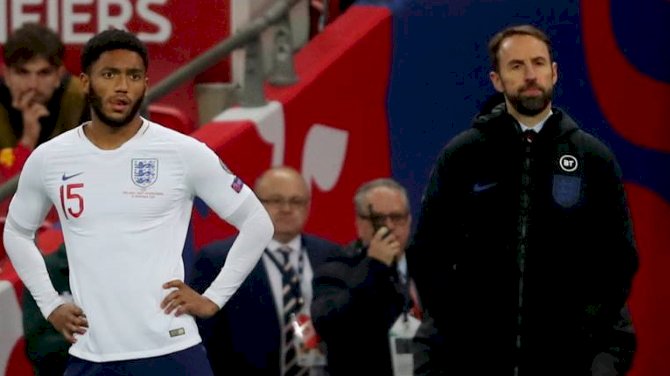 Gomez was heckled by a section of the England fans as he came on as a 70th minute substitute for Mason Mount with the Three Lions booking their place in next year’s continental tournament.

Sterling was subsequently dropped for what was England’s 1000th game in international football but will be available again for selection against Kosovo on Sunday.

The Manchester City forward was seen applauding Gomez as the Liverpool defender made his way onto the pitch to win his eighth cap but was bemused by the scenes that followed.

"To all the England fans, I wanted to leave things at [sic] it was but tonight I have to speak again," Sterling wrote on Twitter.

"It was hard for me to see my teammate get booed for something that was my fault.

"Joe hasn't done anything wrong for me to see someone who keeps his head down and work hard especially after a difficult week for him to be booed when he came on tonight was wrong.

"I've taken full responsibility and accepted the consequence. I felt as though I had to say this get home safe everyone."

Solskjaer Sacked By Man Utd After Emphatic Defeat To Watford