Moise Kean’s father, Jean Kean, has admitted that his son’s move to Everton over the summer was a mistake and would favour a swift return to Italy, preferably AS Roma. 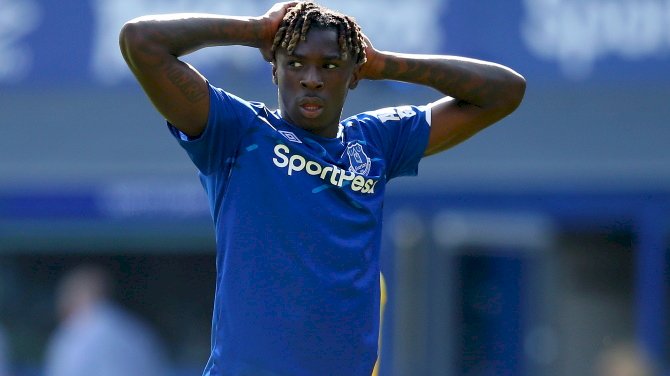 Moise Kean moved to Goodison Park from Italian champions Juventus on a five-year deal worth £27m but has so far failed to impress.

Kean has made 11 appearances for Everton in all competitions but is yet to open his account for his new club.

The 19-year-old has had problems off the pitch as well, as he was dropped for last weekend’s 2-1 win at Southampton after appearing late for a team meeting.

Kean’s poor form has cost him a place in the Italian national team as well despite scoring twice in his three caps for the Azzurris.

Jean has rued his son’s move to England and has laid the blame at the feet of Mino Raiola, the player’s agent.

He told Centro Suono Sport: 'Sending my son to England was a mistake, because he's still too young, he's not feeling good at Everton, I didn't like this transfer.

'I hope he can come back to Italy as soon as possible, I hope he goes to Rome, but the important thing is that he comes back here.

He continued: 'I don’t have a relationship with Raiola, I have never met him, I don’t think he even wants to see me.

'He demanded my son's power of attorney when he was 14 and together with my ex-wife he wanted to take him to England.  At Everton, where he is playing now, he is not settling in well. I think he was supposed to wait a few more years before he had an experience abroad. If there is a possibility for him to come back to Italy, I hope he can do that, so as not to ruin him.'