Galatasaray winger Ryan Babel has warned compatriot Georginio Wijnaldum against leaving Liverpool at the end of the season. 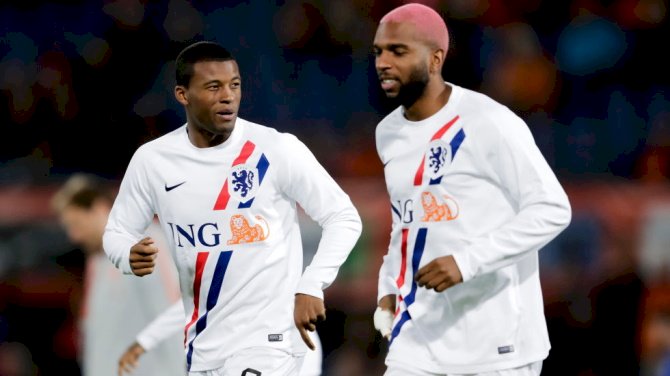 Wijnaldum has just six months left on his contract at Anfield and is yet to agree an extension with the reigning Premier League champions.

The 30-year-old Dutch international has been linked with a move to Spain which will see him reunite with his former national team manager Ronald Koeman at Barcelona.

Earlier in his career, Babel had a three-and-a-half-year spell with Liverpool but left the club in January 2011 in search of regular first team football.

Babel’s career has taken a nomadic route since leaving the Reds, turning out for the likes of Hoffenheim, Ajax Amsterdam, Kasimpasa, Al-Ain, Deportivo La Coruna, Besiktas and Fulham.

Drawing on his own experiences after leaving Liverpool, Babel has asked Wijnaldum to have a rethink over a potential exit.

The 34-year-old told The Mirror when quizzed on Wijnaldum's current situation: “I spent almost four years at ­Liverpool under Rafa Benitez and Kenny Dalglish. When I left to go and play in Germany, where TSG ­Hoffenheim had become a big force, it was to become the ­biggest regret of my career.

“The only reason I left was because I wanted to have more playing minutes to keep my place in the Holland team, but you don’t realise how dominating the playing style is at Liverpool until you play in a different team and league.

Mourinho: A Former Player Has Asked Me To Join His Club