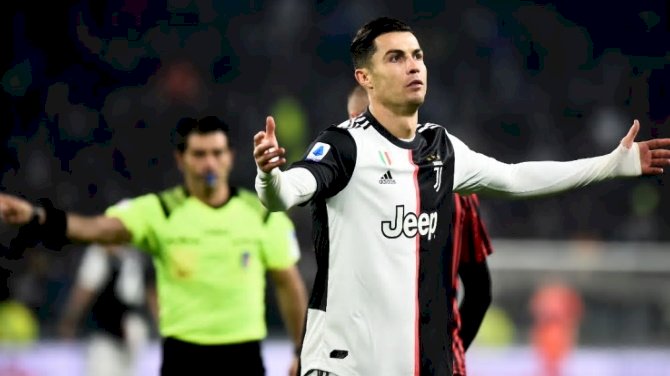 Ronaldo was brought off after just 55 minutes with his replacement Paulo Dybala going on to score the game’s only goal that took Juventus back to the top of the Serie A table.

This was the second time in a week that Ronaldo had been substituted after the five-time Ballon d’or winner was replaced in midweek against Locomotiv Moscow in the Champions League.

Ronaldo stormed off after his substitution on Sunday with many Italian tabloids reporting the Portuguese left the Allianz Stadium before the game came to an end.

Sarri has moved to clarify Ronaldo’s substitution as emanating from his recent physical struggles.

Capello was unimpressed with Ronaldo’s reaction to being substituted and called out the former Manchester United forward for his actions.

"I didn't like this, it wasn't nice," Capello told Sky Sport Italia.

"He must be a champion even when he comes off the pitch.

"The truth is that Cristiano Ronaldo hasn't dribbled [past] an opponent for three years. I did the La Liga commentary when he usually took the double step and left you there.

"Inside him is a super-champion, the best of all, but now there is Dybala and Douglas Costa, who made two sensational goals. Dybala in excellent condition can make the difference, as can Douglas Costa.

"They win games without Ronaldo. Juve seemed dependent on him, instead the great squad and the quality of the players helps them win anyway.

"Bravo Sarri, who had the courage to take him off, it takes personality, especially thinking that all the players in the squad can play and make a difference.

"Cristiano did it for a while, but now it's not him and he must recover - especially on a physical level. He does not have the speed and dynamism he has shown at other times."

Ronaldo has scored five times in 10 Serie A games this season.

Ibrahimovic Better Than He Was A Decade Ago, Gattuso Declares

Mane To Shy Away From Penalty-Taking Duties For Senegal