Rodrygo Goes has revealed Neymar wants him to inherit the number 10 jersey when the Paris Saint Germain superstar bows out of the Brazil national team. 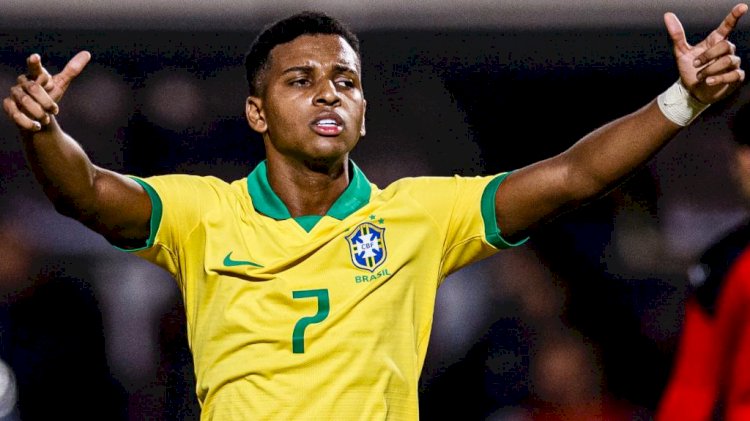 Neymar has already hinted that the 2022 FIFA World Cup in Qatar could be his last for the Selecao.

Rodrygo is widely regarded as one of best emerging talents from Brazil and he enhanced that reputation with some impressive displays for Real Madrid in the 2021/2022 season.

Rodrygo was used as a wildcard by Real Madrid manager Carlo Ancelotti, with the former Santos man scoring crucial goals off the bench against Chelsea and Manchester City as Los Blancos won the Champions League and reclaimed the Spanish La Liga.

The 21-year-old is likely to be part of Brazil's travelling party to Qatar but he could soon be following in the footsteps of some legendary Brazil figures like Pele, Zico, Rivaldo and Ronaldinho when Neymar retires from national team duty.

"Neymar said to me 'I'm already leaving the national team and the 10 is yours'," Rodrygo told Podpah.

"Zidane said that one day I would be the best in the world," he added.

"Carlo Ancelotti also spoke about me. I try to train and evolve every day to get there. I was very happy.

"I have this dream and I know that if I dedicate myself every day, I can get there."

Rodrygo has won five caps for Brazil while Neymar is three goals away from matching Pele as his country's all-time top scorer.

Kolarov Announces Retirement From Football At 36

Bruce Buck Steps Down As Chelsea Chairman After 19 Years

Guardiola: A Blip Can Deny Us The Title

Jack Wilshere Opens Up On His Arsenal Exit