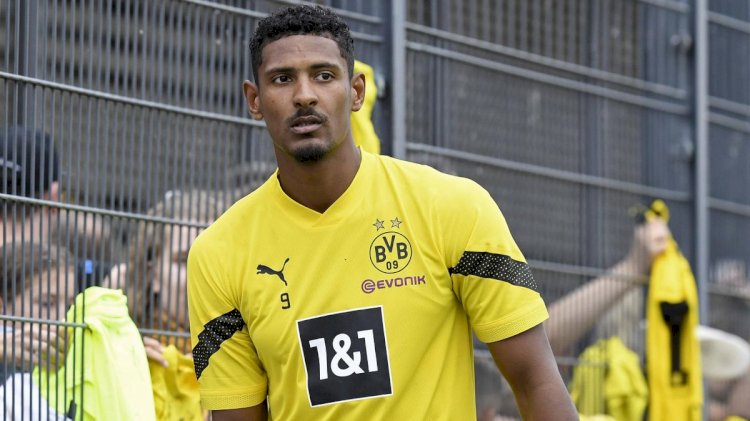 The 28-year-old is yet to make a competitive appearance for Dortmund after joining from Ajax Amsterdam in a €36m deal earlier this month.

The Ivory Coast international has been signed as a replacement for Erling Haaland, who has joined Manchester City, but Dortmund will have to wait before seeing their new striker in action.

Haller complained of feeling unwell in training on Monday and subsequent tests revealed the unfortunate news.

"Borussia Dortmund striker Sebastien Haller had to leave the BVB training camp in Bad Ragaz, Switzerland, early due to illness and has already traveled back to Dortmund," the club explained on its official website.

"The 28-year-old international from the Ivory Coast complained of being unwell after training on Monday morning.

"Borussia Dortmund asks that the privacy of the player and his family be respected and that no questions be asked. As soon as we have further information, we will inform you in consultation with the player."

BVB sporting director Sebastian Kehl added: "This news today came as a shock to Sebastien Haller and to all of us.

"The entire BVB family wishes Sebastien a full recovery as soon as possible and that we can hug him again soon. We will do everything in our power to ensure that he receives the best possible treatment."

Haller was the third top scorer in the Champions League last season with 11 goals, behind only Robert Lewandowski(13) and Karim Benzema(15).

The former Eintracht Frankfurt and West Ham United frontman struck 47 goals and provided 16 assists in 65 appearances across all competitions for Ajax after joining in January 2021, winning two Eredivisie titles and two Dutch Cups.

Van Dijk: It Will Be Difficult To Face Messi