German Bundesliga side Schalke 04 have signed young Barcelona defender Jean-Clair Todibo on loan until the end of the season. 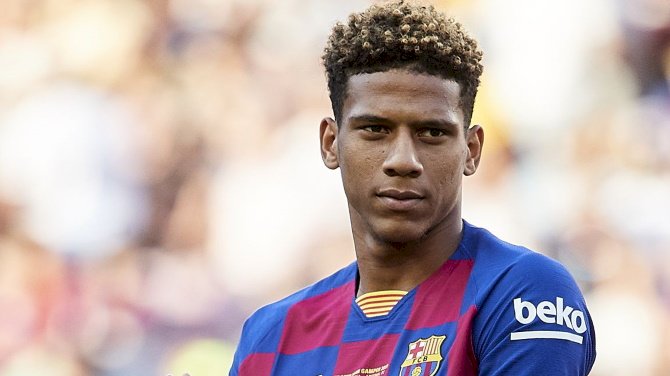 Schalke have paid the Spanish champions a €1.5m loan fee and will have the option to make the deal permanent at the end of the season for €25m.

Barcelona have however inserted a buy-back option of €50m in future should Schalke make the deal permanent.

Todibo was linked with AC Milan earlier in the January transfer window but an agreement could not be reached between the two clubs.

The 20-year-old Frenchman joined Barcelona from Toulouse in January 2019 but he only made four first team appearances at the Camp Nou, including two in La Liga this term.

"During talks with the club's management team I became convinced by their project of pursuing success with young players," Todibo told the official Schalke website. "That's why I decided to come here."

Todibo joins a Schalke side who are fifth on the Bundesliga table and could make his debut against Borussia Monchengladbach on Friday.

"We said during the training camp in Spain that we would only be active in the market if something opened up that would help us," Schalke coach David Wagner said.

"That's definitely the case for Jean-Clair, who is one of the best young central defenders in Europe. Since Benjamin Stambouli's recovery is taking a little longer than we had all hoped, it makes sense to bring in another central defender. He can also play in defensive midfield.

"We will all do our best to support him in the development of his clear potential. We’re looking forward to having him."

Angel Di Maria Salvages A Point For PSG In Paris

Tottenham Send Ryan Sessegnon To Hoffenheim On Loan For...