Maxi Lopez Hits Out At Icardi And Former Wife Wanda 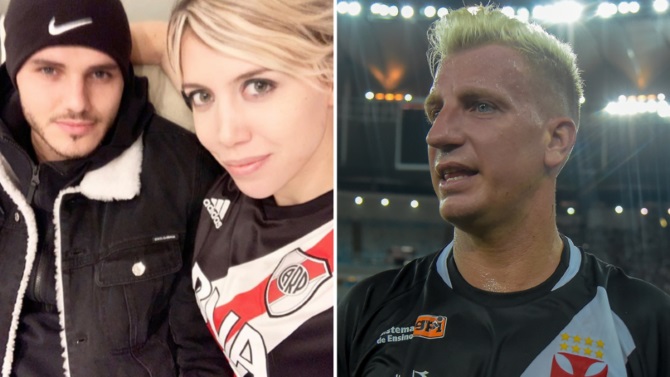 Former Barcelona forward Maxi Lopez has slammed his fellow countryman and former wife Wanda Nara for not allowing him to see his children.

Lopez and Icardi were teammates during their time at Sampdoria when the latter began to date Wanda, Maxi Lopez’s former wife, at the time their marriage was falling apart.

Angry Lopez and Wanda married for five years as they had three children before their marriage spell ended.

After the divorce between Lopez and Wanda, Icardi went on to marry Wanda, a ceremony witnessed by just 12 relatives in Buenos Aires in 2014.

And Lopez has disclosed his former wife and ex-teammate are denying him the access to his children.

'There's an agreement signed by a judge, which has never been respected,' Lopez told TV show Podemos Hablar.

'They don't let me see my children: I've seen them only twice in the last year. I always try to talk to Wanda, but everything that's supposed to be private is published on social media and, for a long time, that talk has been interrupted.

'They're disrespecting me: with her, it's always about money, even if she doesn't lack any.

'I told my ex-wife's new husband that he would only understand me once he became a father.

'Seeing my children being used like they are infuriates me. Also, he's hung up the phone while I was talking to my kids on several occasions.'

After the love triangle, Lopez has refused to shake his ex-pal's hand on several occasions whenever they clash on pitch.

Many football followers consider the issue to be the main reason why Mauro Icardi is struggling to find his feet in the fraternity as his present club Inter seem to offload him because of his wife and agent Wanda.