Martial Accuses Mourinho And Solskjaer Of Disrespecting Him

Anthony Martial has accused Jose Mourinho and Ole Gunnar Solskjaer of disrespecting during their time as Manchester United managers. 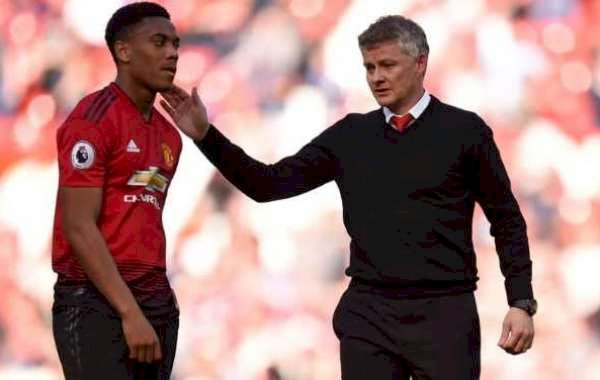 Martial was signed by Louis Van Gaal on the last day of the summer transfer window in 2015 as the most expensive teenager in world football.

The then 19-year-old was brought in from AS Monaco for £36m and he announced his presence with a wonderful solo effort against Liverpool on his debut.

Van Gaal's departure was followed by Mourinho's arrival in 2016, with the Portuguese manager giving new signing Zlatan Ibrahimovic Martial's number nine jersey; a decision that did not go down well with the Frenchman.

"During the holidays, he sent me a message asking me if I would change to No.11, explaining that it was great because it was the number of the legend Ryan Giggs. I told him that I had the greatest respect for Giggs but that I would prefer to keep my No. 9. And when I go back to the club, I see my No. 11 shirt, the story didn't go well.

"He disrespected me, directly. He talked about me in the press, little phrases, a bit like he had done with Karim Benzema at Real Madrid. In the [2017-18] season, I was the team's top scorer in the first half of the season, he brought in Alexis Sanchez and then I didn't play much. It was the World Cup season as well, and it cost me a lot at the end, especially as the French team won. I should have been there."

Mourinho was sacked and replaced by Solskjaer in December 2018 but after a bright start under the Norwegian during which he emerged as United's top scorer in the 2019/2020 season with 23 goals, Martial was consigned to the bench the following campaign.

"The coach never bothered to tell the media," Martial said of Solskjaer.

"Obviously, I ended up getting injured for good and when I came back I didn't play any more. I took it very badly, I had a feeling of injustice.

"You're asked to sacrifice yourself for the team and afterwards you are dismissed. For me, it's almost treachery."

Martial spent the second half of last season away at Sevilla but is now back at Old Trafford.

Tuchel Looks Back On Chelsea Dismissal With Devastation