Liverpool defender Joel Matip has been ruled out for the rest of the season with an ankle ligament damage suffered against Tottenham Hotspurs last weekend. 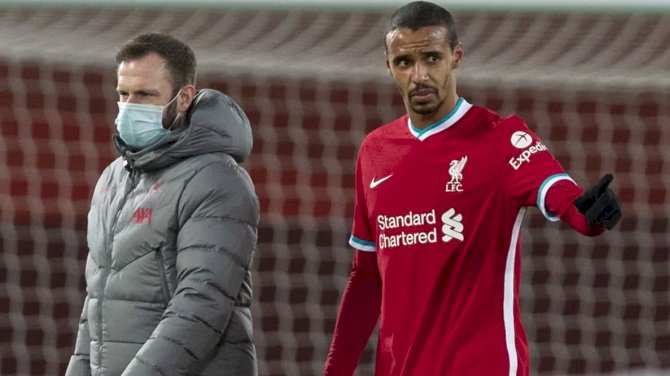 Matip suffered the injury in a challenge with Son Heung-Min in the first half of Liverpool’s 3-1 win over Jose Mourinho’s men and did not return for the second period.

The former Cameroon international missed Sunday’s 3-1 victory over West Ham United at the London Stadium as a result but he will not be making a return anytime soon.

Matip has suffered his fair share of injuries this season, restricting him to just 12 appearances in all competitions, with Klopp utilizing midfielders Fabinho and Jordan Henderson as well as youngsters Rhys Williams and Nathaniel Phillips in the centre of defence.

Klopp believes Matip could have aggravated his injury by playing through the pain.

“Unfortunately, we found out now after everybody looked at it that Joel will be out for the rest of the season,” Klopp told reporters ahead of Liverpool’s home game against Brighton on Wednesday.

“But he will be ready for the start of the next pre-season and finally everything will be sorted.”