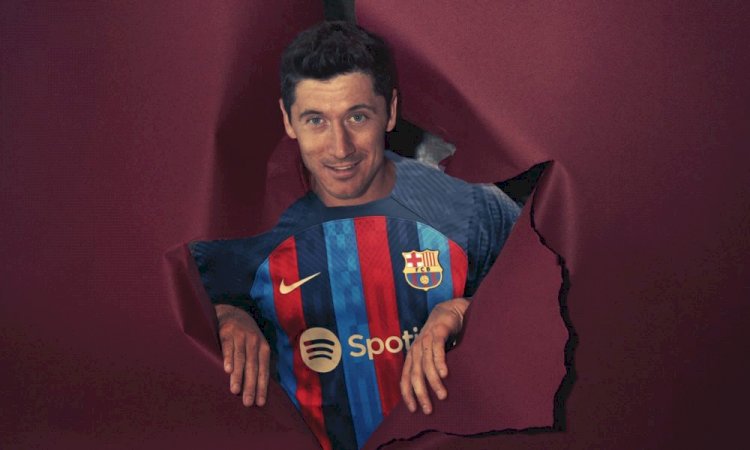 The Spanish La Liga side have announced they have completed the signing of the Poland international striker from Bayern Munich.

Lewandowski has agreed a four-year contract with Barcelona, who will pay €50m, including bonuses, for the 33-year-old's services.

A statement from the La Liga side read: "FC Barcelona and Bayern Munich have arrived at an agreement for the transfer of Robert Lewandowski for a total of €45 million + €5 million in variables. The player will sign a contract with the Club for the next four seasons. The buyout clause has been set at €500 million."

"The final agreement comes three days after the Club announced an agreement in principle for the Polish striker, which came while the team was flying to the United States. Lewandowski arrived in Miami on Sunday and met his new teammates. The new Barça striker also passed his medical."

Lewandowski has also won FIFA's Men's footballer of the year for the past two seasons.

Speaking to the club’s official media, Lewandowski has said of his decision to link up with La Liga heavyweights: “I’m here to help the club return to the top and win as many titles as possible.

“I have always wanted to play in a great La Liga club and this is a great opportunity for me. It is also a challenge for my private life.

“I am a player who always wants to win. We have great players, with a lot of quality, in the squad. I am excited about what we can all achieve together.”

Lewandowski added on working with Barca boss Xavi: “I saw that his ideas fit mine. It has been easy to make the decision.

“I want to play and win titles and I know that with Xavi this will be very possible. He knows perfectly well how to lead Barca. He was an incredible player and now he is a great coach. He has a lot of future and I want to be part of it.”