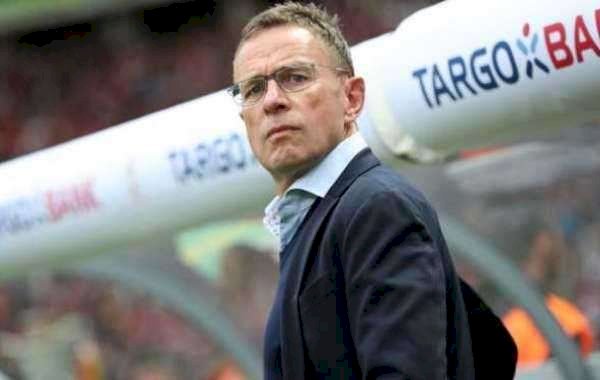 Rangnick is expected to be confirmed as United's stand-in manager for the next six months before a permanent appointment is made next summer.

The Red Devils are seeking a replacement for Ole Gunnar Solskjaer, who was sacked after last weekend's 4-1 defeat at Watford.

Rangnick is currently playing a director's role at Russian side Locomotive Moscow but is close to reaching an agreement to come to England.

Klopp has crossed paths with the former RB Leipzig, Hoffenheim and Schalke 04 manager several times in the past and knows what he can bring to the table.

"Unfortunately a good coach is coming to England, so that's how it is, to Manchester United," Klopp said in a news conference on Friday.

"He's obviously a really experienced manager who built two clubs from nowhere to proper threats and proper forces in Germany with Hoffenheim and Leipzig.

"He did a lot of different jobs in football but his first concern was always being a coach, a manager, and that's what his best skill is.

"United will be organised, on the pitch we will have to realise that, and that's not good news for other teams.

"Like all coaches, we need time to train with our teams and Ralf will quickly realise he has no time to train because they play all the time.

"But he's a really good man, and an outstanding coach, if it happens, will come to England."