Leeds United have completed the signing of Barcelona left back Junior Firpo for a fee of £13m. 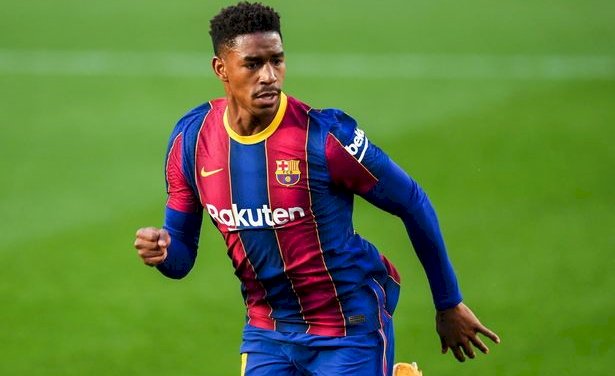 The former Spain under-21 international has signed a four-year contract at Elland Road and is expected to be a replacement for Ezgjan Alioski, who has left the club as a free agent.

Firpo joined Barcelona from Real Betis in the summer of 2019 but made just 24 La Liga appearances in his two seasons at the club, with Jordi Alba very much the established first choice left back.

The 24-year-old made four appearances in the Copa del Rey last season as Barcelona won the trophy under Ronald Koeman.

Leeds will be looking to improve upon their ninth place finish in the Premier League last season under Marcelo Bielsa, whom Firpo has given credit as a key factor in his move to England.

"I saw him [Bielsa] in Spain when he trained there," Firpo told Leeds' official website about the former Athletic Bilbao and Espanyol manager.

"I know the coach that he is, and for me he is a really good coach. He wants to press all the time, play one against one many times, and for me that's my football.

"Physical football, running, having the ball, for me it's not a problem and I think he will help me go to another level.

Leeds begin their 2021/2022 Premier League season away at Manchester United.