Chelsea have announced that winger Callum Hudson-Odoi has tested positive for the Coronavirus disease. 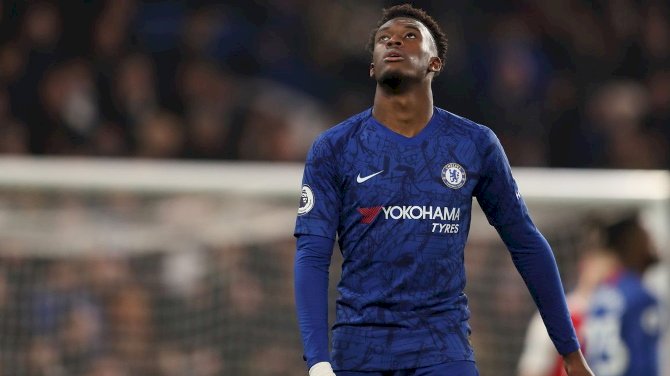 The 19-year-old becomes the first Premier League footballer to have contracted the virus.

Hudson-Odoi started showing symptoms of the virus on Monday and has been kept away from the squad since.

Nonetheless, the Chelsea squad will begin a period of self-isolation, putting their Premier League game against Aston Villa on Saturday as well as the UEFA Champions League round of 16 second leg against Bayern Munich next Wednesday in doubt.

"Chelsea personnel who had recent close contact with the player in the men's team building will now self-isolate in line with Government health guidelines.

"These will include initially the full men's team squad, coaching staff and a number of backroom staff.

"It is expected that those who did not have close contact with Callum will return to work in the coming days. In the meantime, the men's team building, one of several separate buildings at our training ground, will remain closed.

"The rest of our training facility, Stamford Bridge and our other facilities are operating as normal."

It added: "We wish Callum a speedy recovery and look forward to welcoming him back to the club soon."

Late on Thursday, Arsenal announced that manager Mikel Arteta had tested positive for the virus.

In light of recent developments, the Premier League will meet on Friday to determine whether this weekend’s games will go ahead as scheduled.

Demba Ba Back In Turkey With Istanbul Basaksehir