Inter Milan captain Samir Handanovic says it is time for the club to start winning trophies again and stop looking back on past glories. 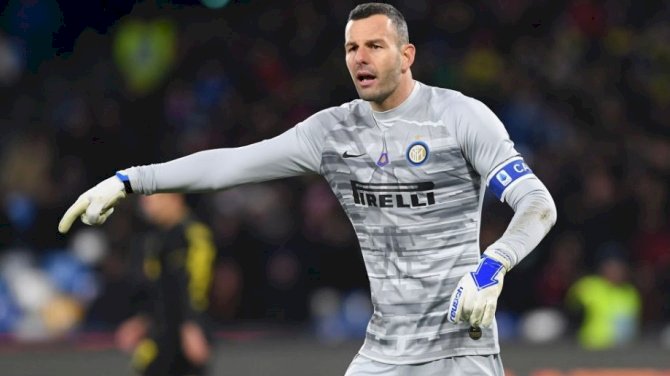 Handanovic joined the Nerazzurri in the summer of 2012, two years after Jose Mourinho led them to a famous treble of the Champions League, Serie A and Coppa Italia.

Handanovic, who took over as skipper after Mauro Icardi was stripped off the captaincy last season, is yet to win any silverware at the San Siro, with their last trophy coming in the shape of the Coppa Italia nine years ago.

Inter Milan started the 2019/2020 season brightly and looked on course to finally break Juventus’ eight-year stronghold on the league title, but a dip in form towards the top flight’s suspension has seen them fall nine points behind the league leaders, albeit with a game in hand.

Reflecting on last season’s final day victory over Empoli, which secured their qualification to the Champions League, the 35-year-old told the club’s social media channels: "It was a great evening. It went well which is what mattered most. It was a tough moment. It was all in one night. It was all riding on that game.

"It was an exciting and great night. We enjoyed it. It is nice to look back at that game, of course. It's nice to think about it, but you cannot live off memories."

He added: "Joining Inter is a dream for every player. Every ambitious player aims for the top. Inter back then was the top club in Europe, in the world. It was an amazing joy, I was very proud. It was also a big personal challenge. It was like a dream.

"[My dream now is] to lift trophies with Inter."