Pep Guardiola has admitted it is difficult not to see Manchester City in the UEFA Champions League final after a last-minute capitulation against Real Madrid on Wednesday. 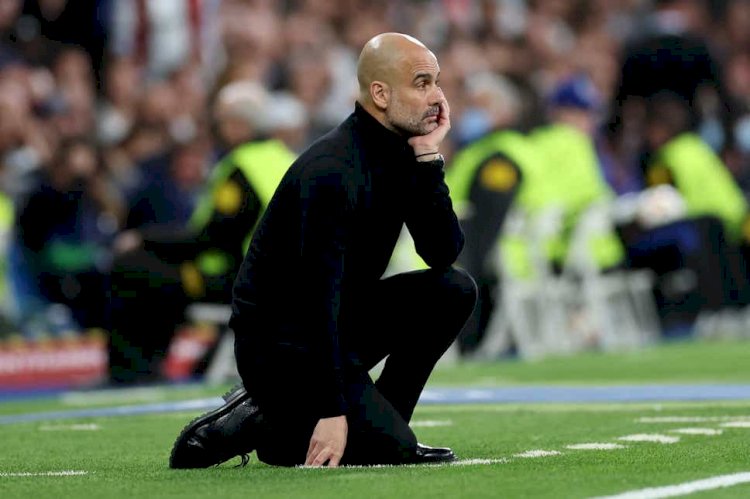 For large spells of the game, City appeared to be booking a final date with Liverpool in Paris on May 28 especially after Riyad Mahrez gave them the lead in the 73rd minute.

But two Rodrygo Goes goals in the 90th and 91st minutes extended the tie into extra-time before Karim Benzema converted a penalty to take Real Madrid through.

Manchester City had other chances to kill the game in regulation time but fluffed their lines to lose 3-1 on the night.

The former Barcelona boss looked deflated after the game and could not comprehend how the tie got away from them.

"Yeah, we were close. We were close – but in the end, we could not reach [the final]," Guardiola told BT Sport after the final whistle.

"It's simple – in the first half, we didn't have game. We were not good enough, but we didn't suffer much.

"After we scored the goal we were better, we found our tempo, our game, and the players were comfortable on the pitch.

"The last 10 minutes they attacked and attacked, and you suffer, it didn't happen. In that moment you can say okay, they were 10-15 minutes completely attacking, we would not survive – this was not the case.

"They put a lot of players in the box – [Eder] Militao, with Rodrygo, with Vinicius Jr, with Benzema, with Asensio – all of them, and with crosses, they score two goals.

"We didn't suffer much – we didn't play our best – but these moments in finals, the players feel the pressure. We were close. Football is unpredictable, it's a game like this, and sometimes you have to accept it."