Chelsea duo Olivier Giroud and Christian Pulisic are among seven nominees shortlisted for the Premier League’s player of the month for July. 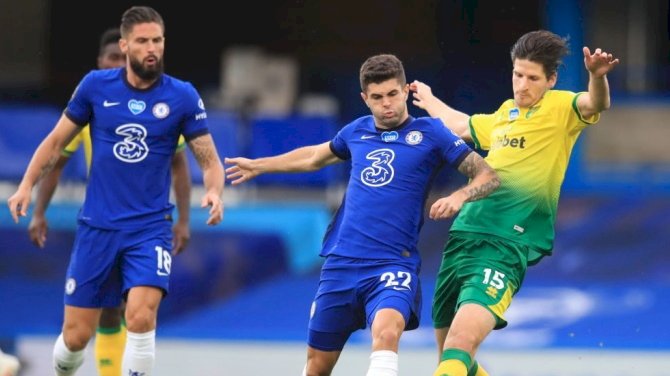 West Ham United’s Michail Antonio, Antony Martial, Burnley goalkeeper Nick Pope, Harry Kane and Raheem Sterling have all been nominated for the final player of the month award for the season.

Giroud scored five times in the month of July to help Chelsea secure a place in next season’s Champions League while Pulisic was arguably the Blues’ best player in the restart period, with goals against Crystal Palace and Liverpool as well as winning penalties against West Ham and Watford to cap a fine first season in England.

Pope kept two clean sheets in six games in July but reserved his best performance of the month for Liverpool at Anfield when he single-handedly denied the hosts all three points with a series of crucial saves in a 1-1 draw.

Sterling scored eight times for Manchester City this month to reach 20 Premier League goals for the first time in his career while Kane found his goal scoring boots once again by registering six strikes to help Jose Mourinho’s men secure a sixth-place finish.

Martial scored three times during the month and provided as many assists to help Manchester United finish third and Antonio boosted West Ham’s survival hopes by scoring eight times, including four against Norwich City, to record a career-high 10 Premier League goals for the season.