The 2020 Community Shield will take place at Wembley on August 29, the Football Association has announced. 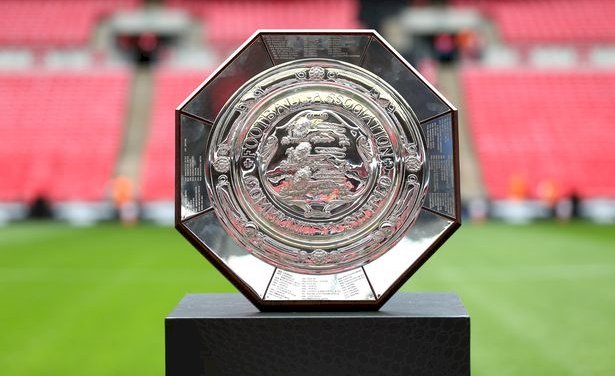 The Community Shield is the English football season’s curtain raiser and it pits the winner of the Premier League against the FA Cup victors.

Liverpool, who lifted their first Premier League title in three decades last week, will come up against Arsenal or Chelsea, who will contest the final of the FA Cup this weekend.

A release from the FA read: "We can now confirm that either Arsenal or Chelsea will return to Wembley for the FA Community Shield supported by McDonald’s next month.

"The traditional curtain-raiser of the new season will take place at Wembley Stadium connected by EE on Saturday 29 August, with the Premier League champions taking on one of the two London clubs who are competing in the Heads Up FA Cup Final this weekend.

"Kick-off time, broadcast details and more details will be announced in due course."

There are reports that some fans could be allowed into the stadium for the first time since the coronavirus struck English football in March.

The season’s first international break follows immediately after the Community Shield before the 2020/2021 Premier League season starts on September 12.

‘They Don’t Have Much To Celebrate’- Mourinho Shades Arsenal...

Klopp Concerned About Points Not Performance In Title Race