Rio Ferdinand has posited that Manchester City could turn this season's Premier League battle into a one-horse race because of Erling Haaland's fast start. 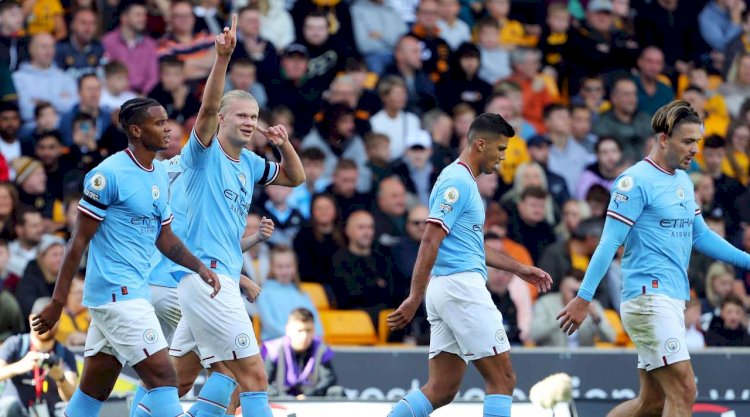 The 22-year-old, who was named the Premier League's player of the month for August, became the first player to net in each of his first four top flight away matches after scoring in Manchester City's 3-0 victory over Wolverhampton Wanderers over the weekend.

City find themselves second on table, with Arsenal a point ahead of the champions while Liverpool, who have been their closest challengers for the last few seasons find themselves in eighth position.

"It's ominous for everyone else. It's looking like a one-horse race [for the title]," Ferdinand told BT Sport.

"They're only going to get stronger. Haaland has hit the ground like a racehorse. He's taken everybody else's game up a level.

"Grealish answered the critics in a wonderful way with a good performance and a goal. Kyle Walker is coming back.

"So all things are looking positive for them. There will be bumps in the road for every team but this is looking good."