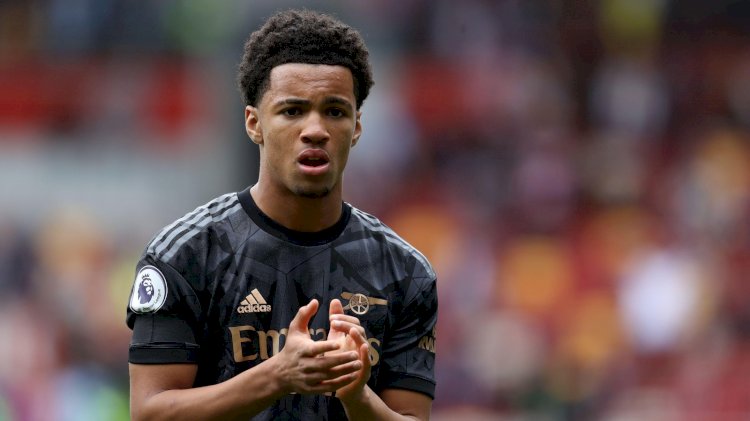 Nwaneri became the youngest player to feature in the Premier League when he came on for the final few minutes in Sunday's 3-0 victory at Brentford which ensured the club will go into the international break top of the table.

At 15 years and 181 days, Nwaneri is the first player under the age of 16 ever to play in the Premier League, surpassing a record previously held by Liverpool's Harvey Elliott (16y 30d).

Having been exposed to the big time so young, Xhaka knows Nwaneri will come under scrutiny from the media and fans alike but the Switzerland captain wants the teenager to be shielded from intense expectations.

"To have a guy who is 15, who is 15 years younger than me… he looks old when I see him but the club can be proud of a player like him," Xhaka told reporters.

"He has a big future. If I am honest, I am doing my coaching licence and I have trained the Under-16s: you can see a big difference with him and the other guys. He is very, very special.

"Of course, you have to protect him as he is very young but if he keeps going like this with his hard work, he has a big, big future.

"So yes, of course, when you have 15 years difference you think: 'Okay the time is not gone but it is on the way'. But we are enjoying him, he is enjoying us as he has the quality.

"If I am honest, he is not with us a lot in training. I have maybe seen him twice or three times now. He is very shy, of course, but the time will come when he will be more with us, but you have to protect him and help him.

"Football is not everything for him and for us but yes, the club will help him and the experienced players have to help him."

Benitez Points To Liverpool Ties As Factor In Everton Failure

EPL To Use VAR Next Year