There was drama on the final day of the 2019/2020 English Premier League season as Chelsea and Manchester United secured the final two spots for UEFA Champions League next season while Watford and Bournemouth joined Norwich City on board the relegation train. 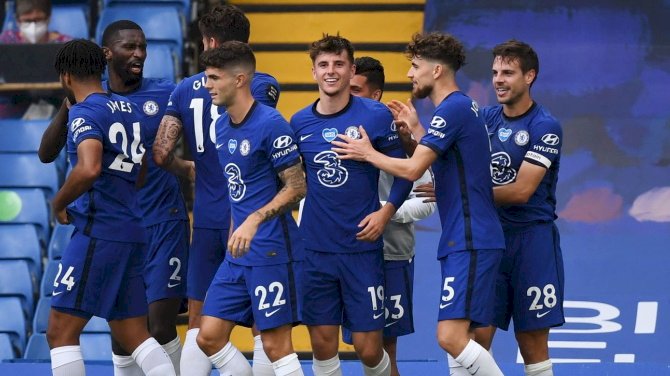 Chelsea needed a point in their game against Wolverhampton Wanderers at Stamford Bridge to make sure of their place in Europe’s premier club competition but they got all three as goals from Mason Mount and Olivier Giroud secured a 2-0 win over Nuno Esperito Santo’s men.

Bruno Fernandes’ second half penalty and Jesse Lingard’s stoppage time effort gave Manchester United a 2-0 win at Leicester City, with the Red Devils climbing to third on the table and the Foxes dropping down to fifth for a Europa League place.

Bournemouth’s 3-1 win away at Everton was not enough to guarantee their place among the big boys next term as Jack Grealish’s goal helped Aston Villa get a priceless point away at West Ham United in a 1-1 draw, which ensured a second season of top flight football for Dean Smith’s men.

After going 3-0 down at Arsenal, Watford fell just short of completing a remarkable comeback and their 3-2 defeat means the Hornets, who sacked manager Nigel Pearson last week, will play championship football next season.

Elsewhere, Tottenham Hotspur settled for a point at Selhurst Park in a 1-1 draw with Crystal Palace while champions Liverpool came from a goal down to beat Newcastle United 3-1.

Brighton completed their season with a 2-1 win away at Burnley.

Petit Doubts Messi Would Have Ronaldo-Like Impact In Premier...