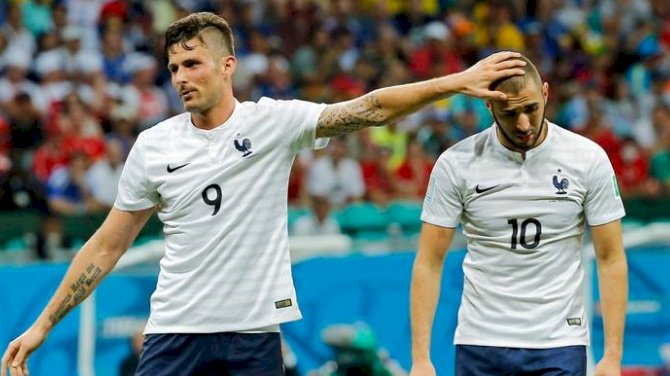 Giroud has been the biggest beneficiary of Benzema’s ostracization from the French national team since 2015, leading the line for Les Bleus in the last two international tournaments, including the 2018 FIFA World Cup where they emerged victors.

Despite limited playing time at club level, Giroud has been a constant fixture in Didier Deschamps’ call ups, and has risen to third on France’s all-time top scorers list – only behind Thierry Henry and Michel Platini – with 39 goals in 97 appearances.

Benzema has not featured for France since 2015 after he was banished for allegedly trying to blackmail Les Bleus teammate Mathieu Valbuena in a sex-tape scandal.

Despite his superb club form for Real Madrid, Deschamps has resisted calls to recall Benzema to the national team.

Benzema is however confident in his abilities and is in no doubt who is the better player between him and Giroud.

“You don’t compare Formula 1 with karting, and I am being nice,” the 32-year-old told French actor and comedian Thomas N'Gijol on Instagram Live.

“It works because he is there, that is the only reason. It won’t be spectacular, he won’t do something amazing, but he has his thing.

“Aside from that, does everyone like the way he plays? I don’t know.”

Klopp Cools Down Rants At Shaqiri