Italy and AS Roma great Danielle de Rossi has announced his departure from Argentine side Boca Juniors and retired from football at the age of 36. 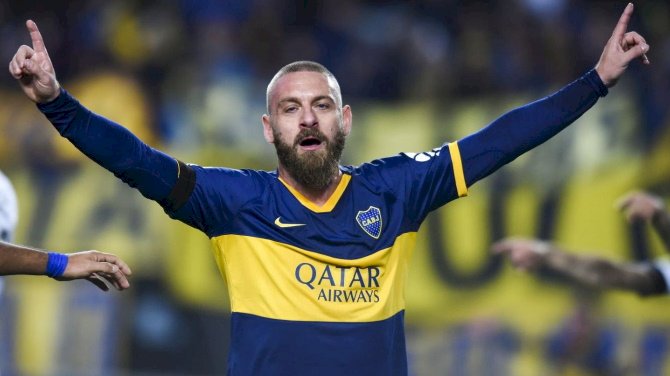 De Rossi departed AS Roma at the end of the 2018/2019 season before signing for Boca on a short-term deal.

De Rossi’s adventure in South America was hampered by a number of fitness issues and he made just seven appearances in all competitions for Boca.

Explaining his decision at a news conference on Monday, De Rossi said: "No one in my family has health problems. I want to clarify that for the things that were said on social media.

"I just need to be with my daughter, my family. That's the only thing, I think it's a valid reason at this age. I'm 36 years old and I think that, maybe at 25, it would have been different.

"I had no problem with the executives or with [Boca vice president Juan Roman] Riquelme or with anyone. They treated me with love; they understood my decision.

"When I informed them, they asked me to take a couple of days to think about it, but I had already made the decision.

De Rossi made 616 appearances for AS Roma after making his debut in 2001, scoring 63 goals and winning two Copa Italia trophies for the side.

Only Francesco Totti, who made 786 appearances for Roma, has played more times for the Serie A club than Daniele de Rossi.

At the age of 22, De Rossi was the youngest member of Italy’s FIFA World Cup winning squad at Germany in 2006.