Kevin De Bruyne has called for clarity in the rules governing handball situations after Manchester City were denied an equaliser in a 2-0 loss to Tottenham Hotspur in the Premier League on Saturday. 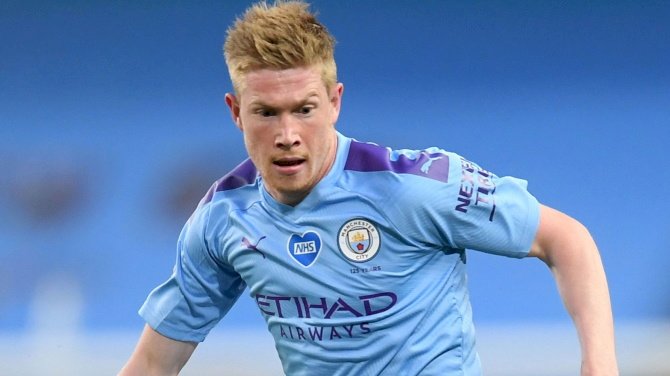 City slumped to their second defeat of the season and dropped to 11th on the table after goals from Son Heung-Min and Giovani Lo Celso saw them lose at the Tottenham Hotspur stadium for the second straight season.

Pep Guardiola’s men thought they had cancelled out Son’s opener for the hosts when Aymeric Laporte scored for the visitors but VAR intervened and ruled out the goal after it was adjudged that Gabriel Jesus handled the ball in the build-up.

"I don't know the rules anymore honestly," De Bruyne told Sky Sports, with the same combination of Laporte and Jesus denied by VAR when the sides drew 2-2 at the Etihad Stadium last season – a match that followed the remarkable drama of the sides' 2019 Champions League quarter-final.

"I thought if it's above the arm here [above the bottom of the sleeve] that it’s not handball anymore.

"Everybody knows that it hits him here. I don’t know the rules.

"If you will listen tomorrow or the day after they will come on whatever channel and the referee will say it's a good decision, so it really doesn't matter.

"I've been playing professional football for 12 years and in the first nine years there were no rule changes. Now there are a lot of rule changes.

"I don't know why. Football is a nice game. The people making the rule changes need to be in the game."