Athletic Bilbao goalkeeper Unai Simon has signed a new five-year contract to remain at the club until the summer of 2025. 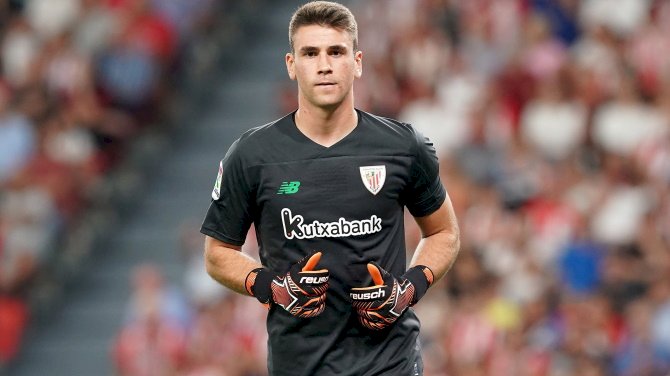 The 23-year-old came through Bilbao’s youth ranks and made his debut for the club in August 2018 when Kepa Arrizabalaga was sold to Chelsea.

Simon enhanced his reputation as one of Spain’s best young goalkeepers in the 2019/2020 season, taking over as Bilbao’s first choice between the sticks and making 34 La Liga appearances as Gaizka Garitano’s men finished in eighth position.

"I've been here since I was 14 years old. Being here until 2025 is a dream for me. I am very proud and happy for the trust the club has placed in me," Simon said in a club interview.

"It's been a complete, very beautiful day for me."

Sporting director Rafael Alkorta added: "Both parties were clear about what we wanted and it was easy for us to reach an agreement.

"Unai Simon's commitment to Athletic is outstanding. It is a day for us all to be happy. Unai is growing a lot and he wants to continue doing so. We have a top goalkeeper in Europe for many years to come."

Simon could make his debut for the Spain national team next month after Luis Enrique included him in his squad for UEFA Nations League matches against Germany and Ukraine.

Petit Doubts Messi Would Have Ronaldo-Like Impact In Premier...