Jude Bellingham has fumed at what he thought was a legitimate goal disallowed in Borussia Dortmund’s 2-1 defeat to Manchester City in the UEFA Champions League quarterfinal first leg at the Etihad Stadium on Tuesday. 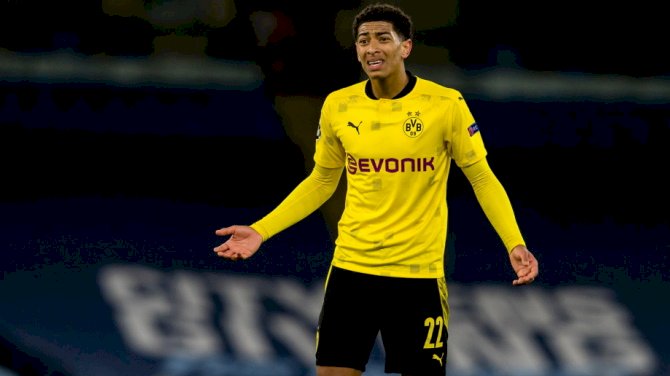 Bellingham thought he had cancelled out Kevin De Bruyne’s opener for the hosts late on by taking advantage of some slack play by City goalkeeper Ederson but Romanian referee Ovidiu Hetegan blew his whistle for a foul before the England international tucked home into an empty net.

To make matters worse, Bellingham was booked for what appeared to be a non-existent foul on the City goalkeeper and VAR was not used to review the incident because the referee blew his whistle before the ball crossed the line.

"It's a bit frustrating in a time when they've got so many cameras watching the game they don't wait for me to put the ball in the net and then check it.

"It's football, it's life, [and you've] just got to get on with it. All I've been told is I've been booked and it's a free kick for them.

"I think they should have checked it. Apparently I've got my studs up, caught the goalkeeper and it's a foul."

Scholes Hits Out At Manchester United’s Display Against...