Atalanta manager Gian Piero Gasperini is hoping Kylian Mbappe will be fit enough to feature for Paris Saint Germain when the two sides meet in the UEFA Champions League quarterfinal on August 8. 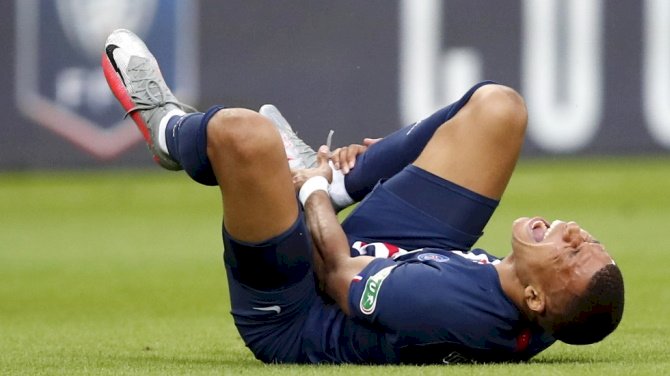 Mbappe faces a race against time to be fit for the one-off tie in Portugal after he suffered an ankle injury in a forceful challenge from Saint Etienne captain Loic Perrin in Friday’s Coupe de France final.

PSG won the game 1-0 courtesy Neymar’s 14th minute strike to claim another domestic honour but the French champions will be sweating on the fitness of another of their talismen, who was later seen heading to the bench on crutches after being substituted in the 31st minute.

"I'm sorry for him, I didn't know," Gasperini told Sky Italia. "Mbappe is a great guy, I hope it's not serious.

"We don't want to win due to the misfortunes of others.

"In fact, if you win against these types of players, your result means even more."

Mbappe has scored 30 goals in 34 appearances across all competitions for PSG this season.

He will almost certainly be missing in action when Thomas Tuchel’s men take on Olympique Lyon in the Coupe de la Ligue final next week.