Arsenal Lose Torreira For Up To Ten Weeks

Arsenal are set to be without Lucas Torreira for the rest of the season after the midfielder was ruled out of action for between eight and ten weeks with a fractured ankle. 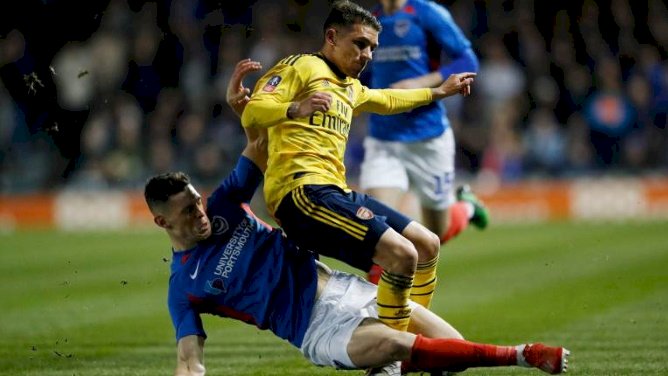 Torreira suffered the injury in Arsenal’s 2-0 win over Portsmouth at Fratton Park in the FA Cup fifth round last Monday.

Torreira was stretched off following a challenge from James Bolton in the 15th minute and was replaced by Dani Ceballos.

The Uruguayan international was seen in protective boots and in crutches after the game.

Arsenal manager Mikel Arteta had hoped that Torreira’s injury would not keep him out for too long as his start at the League One side was only his first since the 2-2 draw at Chelsea on January 21.

A statement on injuries on Arsenal's website said for Torreira: "Right ankle. Sustained fracture to right ankle during Portsmouth (a) on March 2. Still receiving continual assessments. Recovery process expected to take between eight to ten weeks."

Torreira has made 33 appearances for Arsenal in all competitions this season, including 24 in the Premier League, scoring two goals.

Uruguay will hope Torreira will be fit in time for their Copa America campaign which begins from June 12 and ends on July 12.

Uruguay are in the same group with Argentina, Australia, Bolivia, Paraguay and Chile with the top four teams advancing to the quarterfinal stage.